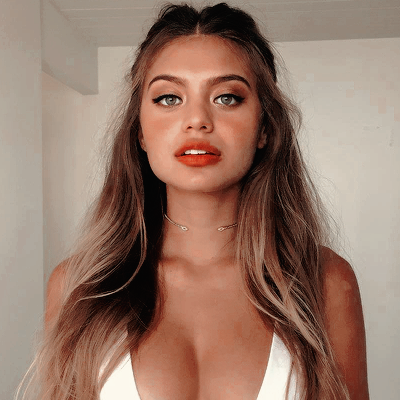 Sofia Jamora is a model and an internet sensation who is well recognized for her bold look & beauty and has millions of fans on Instagram. However, she came to limelight after appearing in Zayn Malik's music video titled Let Me. Moreover, she also worked as a model for online boutique Lolli Valfre’s swimwear and fashionova. Jamora also walked for Frankies Bikinis Resort Fashion Show in Miami.

Sofia Jamora was born on 6th May 1997 who spent her childhood in Calabasas, California. She is of Pacific Islander heritage. She was born under the birth sign Taurus which defines her personality to be ambitious, sensual, and practical.

Nothing is known about her education, parents and childhood life as she has kept it low.

Sofia got her big break in her modeling career after uploading her bikini pictures on the internet. Mimi, co-founder of Frankies Bikinis spotted her and offered opportunities to be a model. In an interview, she revealed how she entered modeling world,

'I was at a trunk show in Westlake at Kate and Lace, Mimi came up to me and asked me if I’ve ever modeled before and if I’d like to. From there I shot with Frankies and that opened up a whole bunch of opportunities for me!’

After this, she did a campaign with LovePiper. In August 2014 she created her Instagram account and gained huge followers. Similarly, in June 2015 she got involved in the Lolli Valfre campaign and her line ValfreXLolli was released. Sofia has also become the part of Welcome to Miami campaign alongside model Naressa Valdez.

As of 2018, she debuted in a music video titled Let Me alongside famous singer Zayn Malik.

Moreover, she has collaborated with bikini.com, Foreover21, and Bikini Luxe. Sofia is now represented by Next Models signed on by their Miami chapter and LA Freedom fashion agency.

Young and beautiful model and Instagram star, Sofia Jamora's earns a decent amount of money from her career. But her net worth and salary are not known it is still under review. Her main sources of income are her modeling a s signments and Instagram.

As per the sources, the price as per the Instagram followers goes as follows:

As she has more than 2.2 million followers on her Instagram account so we can say she makes more than $500 a month.

As of 2018, she is in a relationship with Spencer Mow, who is an Instagram star and he is considered to be very close to the Kardashian family.

As of now, she resides in Los Angeles with her boyfriend and a dog named Sampson.

Though her career demands her to maintain a healthy diet to maintain a perfect figure, she is a known to be a foodie. She loves foods like Pizza, Burgers, fried rice, chicken, Sushi, French fries.

She is extremely popular on the social networking sites. She has more than 2.2 million followers on her Instagram account and 45K followers on Twitter as of August 2018. She tweets on the regular basis and she also has an active Snapchat account where more than 4 million people follow her.