Slick Woods, Who Says She Was In Labor While Walking The Runway At NYFW, Welcomes A Son With Boyfriend Adonis Bosso 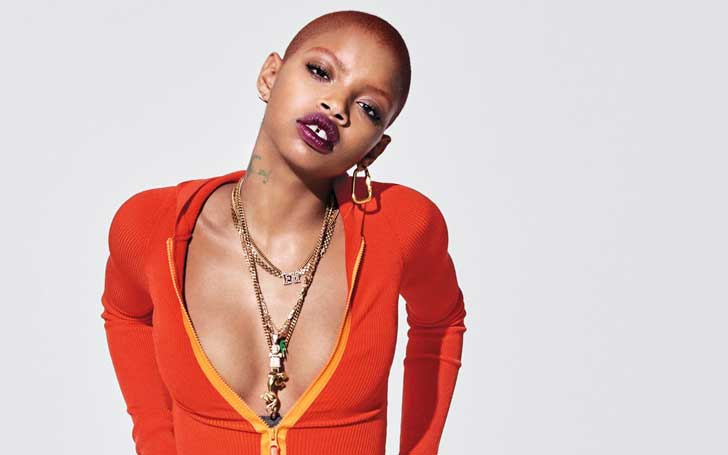 In her Instagram post, the 22-year-old model revealed she was in labor as she walked in Rihanna's Savage x Fenty runway during the New York Fashion Week. "A lewk, 14 hours of labor, and A king is born," wrote Woods alongside her photo.

A lewk, 14 hours of labor, and A king is born. This is the face of a WOMAN IN LABOR, we hold shit down most of us don’t even know how much we’re going through, I’m here to say I CAN DO WHATEVER THE FUCK I WANT WHENEVER THE FUCK I WANT AND SO CAN YOU. Thank you @qualityresusqueen and the Fenty family for taking such good care of us

The new father, Bosso, gave a hint about the arrival of his first child hours before Slick announced it on Instagram. Bosso shared a modeling photo with a caption "Fatherhood."

TMZ reported that the model was taken to the nearest hospital by paramedics straightaway after she stepped off the runway.  Woods walked the runway in a strappy body harness which she accessorized with a pair of black pasties and naked, printed fishnet stockings.

In early July, Woods revealed her pregnancy with a photo unveiling her large baby bump on her Instagram. Slick, whose real name is Simone Thompson, can be seen sitting on the side of a pool in a striped swimsuit in which her growing baby bump is clearly visible. "In good company," she captioned the snap.

Back in July, Woods revealed singer Erykah Badu would serve as her doula and she would be breastfeeding her son in an interview with Elle UK. At the time, she also revealed that her son's name, Saphir, is a nod to September's birthstone. She even joked to the outlet about an ultrasound saying "I saw my baby's penis!"