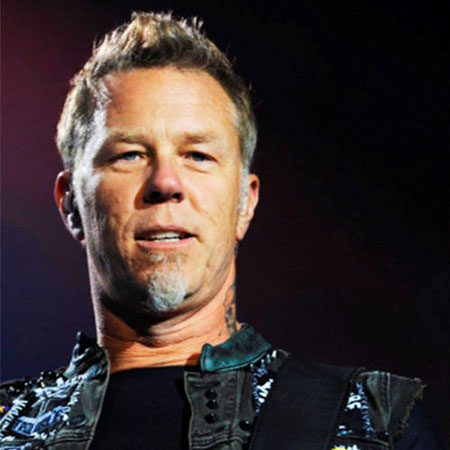 James Alan Hetfield is an American singer, musician, and songwriter, widely popular all over the world, as the lead vocalist, main songwriter, rhythm guitarist and the co-founder of the American heavy metal band Metallica.

James Hetfield was born on 3rd August 1963 in Downey California, U.S.A. He was born to Cynthia Bassett, a light opera singer, and his father Virgil Lee Hetfield, a truck driver. He has a mixed ethnicity of English, Irish, German and Scottish, and holds American nationality. 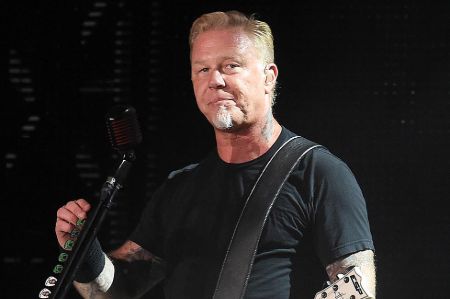 James has two older brothers from his mother's first marriage and a sister. His parents separated in the year 1976 when he was thirteen. He was raised in a very strict Christian Scientist family.

Hetfield's mother died in 1979 when he was sixteen years old. After his mother's death, he lived with his older half-brother David. Later in 1996, Hetfield's father also died, during his band Metallica's Loud tour.

At the age of nine, James began his piano lessons after he took on his half-brother David's drums. When he was fourteen, he began playing guitar. During his teenage, he was in few bands, Leather Charm and Obsession.

Aerosmith band, was his main musical influence as a child, as he said they were the reasons he became interested in playing guitar. His other influential band is Led Zepplin, Queen, Black Sabbath, Alice Cooper, Kiss, Lynyrd Skynyrd, Deep Purple and much more.

James Hetfield's career began since his teenage. After he relocated to San Francisco and replacing the Mustaine with Kirk Hammett in the year 1983, their band Metallica started to work on their first album.

However, the band was rejected by various record labels for their aggressive metal sound, which made their managers launch their own label specifically for the release of Metallica's album.

Their first album 'Kill Em All', was released in late 1983, which was proved to be successful.

The band's popularity was rising every day, as they began touring in the year 1986, for the promotion of their third album Master of Puppets, which is still one of their best albums to date.

While they were traveling on a bus, unfortunately, the bus hit the patch of the black ice, which led the bassist of the band Cliff Burton thrown from the bus, which subsequently flipped onto him and died.

The rest of the members were deeply affected by the death of Burton.

It took about two years after Metallica was reformed to cover up for the death of their mate, James and Ulrich wanted to take the band in a new, more mainstream. Later released their new album ...and Justice for All, with their first music video for the second single off of the album One.

After the success of their album ...and Justice for All--the music video 'One' became most top-rated music video on MTV. Hetfield and Ulrich, the band's leaders, rolled on to take Metalica's music a step further.

They worked with music producer Bob Rock, well known for taking rock bands and bringing them into pop star status that they had never seen before. The journey there was not easy, mainly for Hetfield and Ulrich.

For the promotion of their next album, Metallica went on tour with one of the most famous classic rock band Guns 'N Roses in the year 1992. However tragedy was still stuck with the band, as while performing on tour in Montreal, a large flame erupted on stage and the sound of James's guitar vanished suddenly.

There was a stage technical problem and Hetfield suffered second-and-third degree burns on the left side of his body. Until three weeks, a bandaged Hetfield came back performing with Metallica.

Trouble With The Band

When tension began rising for Hetfield and Ulrich, and the band members. Newsted decided to leave the band in 2001, after having felt stifled creatively by the two Metallica creators.

However, their eighth album didn't gain much popularity as expected, Metallica's next release, Death Magnetic 2008, brought the band back to their hardcore roots.

As a lead singer, co-founder, and songwriter of the most famous heavy metal band Metallica, James Hetfield earns an enormous amount of money. The band Metallica, has published numerous songs many of them are still most listened to songs to date.

Currently, James Hetfield has a total net worth of $300 million as per celebrity net worth. In 2010, the band released the live album The Big Four: Live from Sofia, Bulgaria with Metallica, Slayer, Megadeth and Anthrax which certified 2x platinum by RIAA. The album also became commercially hit making over $2.3 million.

One of his biggest hit albums was Metallica with Metallica which was released in the year 1991 and certified diamond by RIAA and Music. The album made a staggering amount of $21.26 million.

The guitarist also owns his Electra Flying V guitar which was around $200 K in 1980.

James Hetfield is a married guy, he is married to his longtime wife Francesca Tomasi on 17 August 1997. They started dating each other after Francesca started working as a  band’s costume designer and later on got married.

Since then, the couple has three children together, two daughters Marcella Francesca Hetfield, Cali Tee Hetfield, and a son Castor Hetfield. 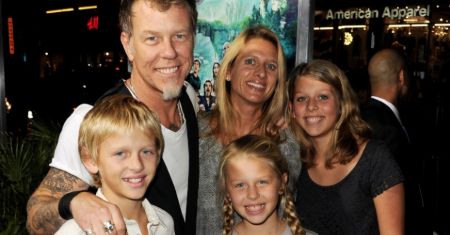 Currently, he lives in Vail, Colorado, with his family. He also stays in California and Maui, Hawai sometimes.