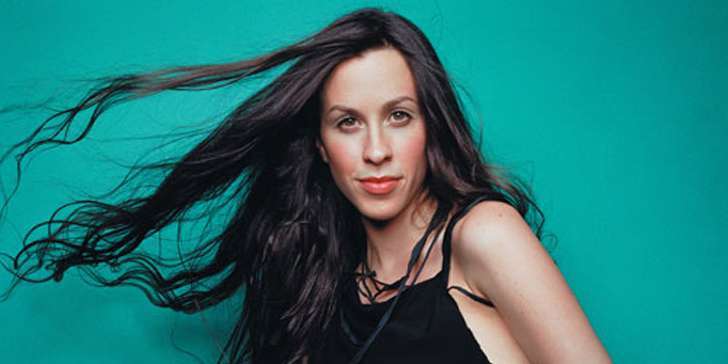 After introducing a sweet baby girl to this world, the rock goddess Alanis Morissette posted a very cute photo of her one-month-old daughter on Instagram on Friday. A gorgeous name is also given to her which is Onyx Solace Morissette-Treadway. She and her rapper husband Mario “Souleye” Treadway had announced the good news of being pregnant in February of this year and also had shared a seemingly naked photo with a baby bump of herself submerged in a pool a few days earlier.

The Grammy Award-winning singer Alanis Morissette gave birth to this daughter after giving birth to a son Ever Imre 5 years ago. The child has brown eyes and some dark hair with one small hand curled into a little fist as she presses against her mother. The Canadian rock singer had dated and married Ryan Renolds in 2004 and in 2007 they had mutually decided to end their relationship before getting married to her present husband Souleye.

Souleye and Alanis are living a very happy married life and Souleye said that they have to be extra gentle around ladies because they are the most helpful people in the world 'cause they make persons.

Morissette who was born on June 1, 1974, began her career in Canada in the early 1990's with two successful dance-pop albums. She moved to Los Angeles and released Jagged Little Pill, a more rock-oriented album in 1995 which sold more than 33 million units globally. She has a dual citizenship of America and Canada and is recently continuing to write, sing and perform, and also sometimes appears onstage to support a wide breadth of charities.

After producing the best-selling album "jagged Little Pill" in the US and the highest selling worldwide she earned a lot of money. After winning 12 Juno awards and 7 Grammy Awards, she has raised her net worth to $45 million. She now lives in Los Angeles with a family of four including herself, her husband and the two children.