English-born actress Shola Adewusi, famous for TV works in Chewing Gum (2015-17) and Bob Hearts Abishola (2019-21), is never off the enthusiasm of self-exploration. Aside from on-screen ventures, Adewusi works as a drama tutor and is a radio personality; hosts her own show Misty Lee Brown's Jazz and Blues Express. Moreover, she is a contemporary and traditional jazz singer-songwriter and performs under the pseudonym Misty Lee-Brown.

When and Where Was Shola Adewusi Born? Her Age & Height?

Adewusi was born in 1963, in Little Waltham, Essex, London, England, before she went to Nigeria & returned later. An English by nationality, Shola comes from a black ethnic background. Not much about her family or early life is out.

Pursuing acting was not the first career, she would take a step into, so Shola considers herself a jogging actress despite the fact that she already has grabbed a huge fan-following & wide acclaim. Before she trained acting at Academy Drama School (1998-2000) in London, the English actress studied law.

After earning LLB Honors in 1993, Adewusi did a Postgraduate Diploma in Legal Practice from De Montfort University (1994-97) in London. She also enrolled at the University of London in 2005 and obtained Post Graduate Certificate in Education (PGCE) in 2008.

With brief stage works, the Academy Drama School alumna made an on-screen debut in 2001 as guest casts in the TV series Bad Girls and Casualty. Throughout the 2000s, she made brief TV appearances in Family Affairs, The Bill, Little Miss Jocelyn, Inspector Lewis, and My Hero.

In 2015, she saw a career breakthrough after portraying Joy in the comedy TV series Chewing Gum and appeared in 10 episodes until 2017, co-starring Michaela Coel, Danielle Walters, and Robert Lonsdale. Moreover, in 2015, she appeared as Dee Palmer in The Kennedys. 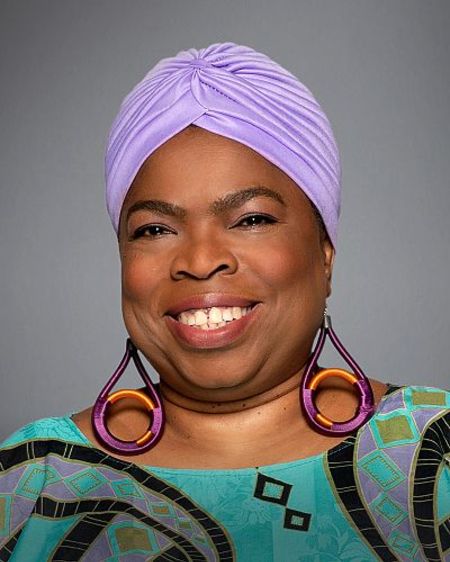 During the late 2010s, Shola Adewusi briefly worked in the TV series Doctors, The Worst Witch, Emmerdale Farm, In the Long Run, Turn Up Charlie, and Sliced, before an 8-episode appearance in Gigglebiz (2018-19).

From 2019 to 2021, she played Auntie Olu in 30 episodes of the TV series Bob Hearts Abishola, sharing the screen with Billy Gardell, Folake Olowofoyeku, Matt Jones, and Gina Yashere.

Is Shola Adewusi Married or Dating?

Even though it's been 2 decades since Shola came to TV fame, she seems quite worthy with an ability to keep her personal endeavors a secret. No records of her romantic relationship have come forth so far. At the moment, she is not reportedly dating or has any boyfriend officially.

No report on her married life or her husband is out. In the TV series Bob Hearts Abishola, she plays Auntie Olu of the title character Abishole (portrayed by Folake Olowofoyeku) and the on-screen wife of Uncle Tunde (played by Barry Shabaka Henley). 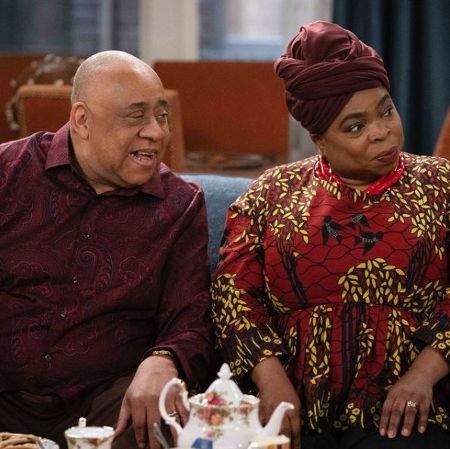 Without any strong proof to claim her love life, online sources alleged her single for now.

Net Worth In 2021- What Is Shola Adewusi Doing Now?

Online sources estimate that Adewusi has an estimated net worth of $300,000 as of early 2021. Throughout her 2-decade long on-screen career with 44 acting credits, she did collect a handsome sum of money. Aside from notable TV works in Chewing Gum and Bob Hearts Abishola, Shola made considerable earnings as a drama tutor for senior citizens at the Peabody Bruce House Learning Centre in London.

In addition to acting, she has an interest in music; writes songs & performs contemporary and traditional jazz under the stage name Misty Lee-Brown. A radio personality, Shola is a regular presenter on Women's Radio Station of her show Misty Lee Brown's Jazz and Blues Express.

A law graduate, Shola is also a practitioner of law.