Nigerian actress and musician Folake Olowofoyeku has appeared in the leading role of Abishola in the 2019 series Bob Hearts Abishola and appeared as herself in doc u mentary U People in 2009. She is the youngest of among her parents' twenty children.

Folake Olowofoyeku was born on 26th October 1983 in Nigeria. She belongs to African ethnicity and holds Nigerian citizenship.

Oloqfoyeku is the youngest child of Nigerian Politician Babatunji Olowofoyeku and Felicia Olowoofoyeku. She raised with her 19 elder brothers and sisters at her hometown in Nigeria.

The 35-year-old actress went to Montessori boarding school for her primary education. After that, she was transferred to Girls college Vivian Fowler Memorial College in Ikeja Lagos. Later, she went to Oxbridge Tutorial College, and after completing her education, he moved to the United States with her sister.

She went to City College of New York and got her Bachelor's degree in theater. While she was in college, she played basketball for the CCNY Beavers NCAA Division III. She also had a diploma in audio engineering from the Institute of Audio Research.

A Journey From Nigeria To Hollywood

Nigerian actress debuted television film Protesters in 2004. She appeared with actors like Mel Gibson, Jodie Foster and Anton Yelchin in 2011 movie The Beaver.

Folake appeared as a guest artist in various famous television series like Law & Order: Special Victims, Modern Family, How to Get Away With Murder, and others. Her first major role movie was in a television film Death Race 2050, in which she acts with actors like Manu Bennett, Malcolm Mcdowell, and Marci Miller.

She got her first lead role as Abishola in the 2019 television series Bob Hearts Abishola. She shared the screen space with actors like Billy Gardell, Christine Ebersole, and Matt Jone. 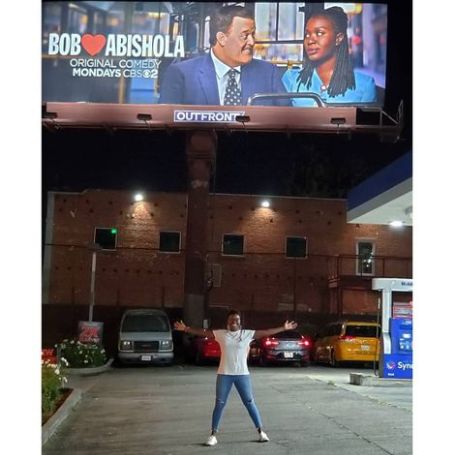 Taking a picture in front of her television series Poster SOURCE: Folake Instagram

Folake is also a member of a band The Folake in which she plays Afro-beat electronic music. She appeared with David Bowie video in which she played ba s s guitar in The Star and The Next Day.

The multitalented actress also has given a voice for the video game like World of Warcraft: Battle for Azeroth, Vader Immortal: A Star Wars VR Series- Episode I.

Folake worked for more than a decade in the entertainment business with various numbers of films and television series. The actress has an estimated net worth of $1 million, as per online reports.

As she has appeared in various television series and films, she must have earned thousands of dollars from her work as an actress. She has appeared in many television movies and silver screen movies from which she collected pretty well. Besides acting, she also earns a high figure of money from endorsements and commercials.

The Nigerian actress is busy with her work as she got her first main role in the television series Bob Hearts Abishola. She is living her life single, focusing on her work and her family. 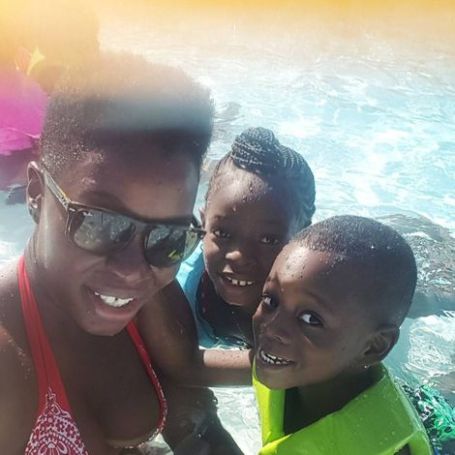 On her social pages like twitter and Instagram, she has been posting various photos along with her two kids; a boy and a girl. She mentioned them as a family. But it is still not clear whether it is her own children or not.

She is living a happy life with her family.