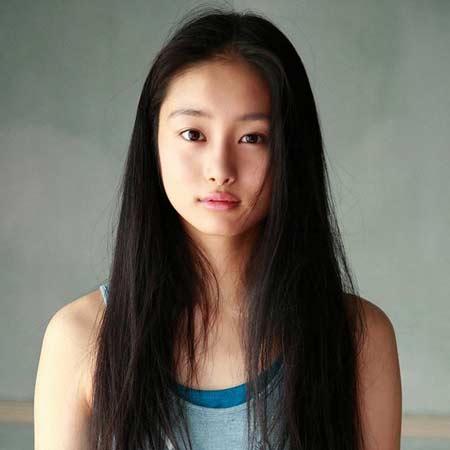 Widely known for her portrayal of Ran Mori in Shinichi Kudo's Written Challenge and Minami Maho in BECK, Shiori Kutsuna has featured in more than a few dramas and anime as well as manga adaptations in Japan before she established her name in Hollywood. With a number of major roles in many successful projects, the young actress gained such massive popularity within a short span of time. She is a Japanese Australian actress and idol who gained further popularity following her performance in Detective Conan, Bitter Blood, Shinichi Kudo, and the Kyoto Shinsengumi Murder Case, and The Outsider.

In order to pursue her career in acting, she shifted to Japan at the young age of 14 and won the 11th Japan Bishojo Contest in 2006. Kutsuna holds dual nationality: Australian-Japanese and has Asian ancestry.

The actress graduated from the Horikoshi High School in Nakano, Tokyo, Japan. In 2003, during her third year, she dropped out of Asia University due to her busy acting career.  While leaving the college, her agency said:

It really was difficult for her to work while going to school. She had a hard time attending classes due to her work in dramas. She accepted this and dropped out. She will now be focusing on her acting career.

Kutsuna then continued to work in the films and television series after leaving college.

Shiori Kutsuna made her professional acting debut appearing as Kanai Akiko, in the drama series 3 Nen B Gumi Kinpachi Sensei 8. In 2011, she landed the role of Ran Mori in a popular manga series Detective Conan. For her work in My Back Pages, she won the 85th Kinema Junpo Award and 66th Mainichi Film Award.

Kutsuna's other work includes Bitter Blood, Shinichi Kudo's Written Challenge!, and The Mystery of the Legendary Strange Bird among others. It was announced in 2017 that the actress was cast in Deadpool 2 sharing the screen opposite Ryan Reynolds, Josh Brolin, and Zazie Beetz.

Shiori Kutsuna has earned a good amount of money from her acting career. Though her net worth is still under review as per the estimation made by various online sources her net worth is speculated to be more than $1 million in 2021.

The Australian-Japanese actress has made notable appearances in Hollywood projects that allegedly grabbed her a salary of hundreds of thousand dollars annually. On average, an actor in the United States earns $57,000 per year. which can go higher depending on the size of the project & the actor's prominence.

Kutsuna has played several iconic roles in several films and television series which is her primary source of income.  She grabbed huge popularity following her breakout role in the superhero movie Deadpool 2 which was turned out to be a quite box office hit grossing $736.2 million at Box Office worldwide. The movie also became the ninth highest-grossing film of 2018.

The actress is also quite popular on social media like Instagram with 192 K followers. It also plays a major role to boost up her net worth as the Instagram star who has over 100 K followers can command over $5000 a promotional post.

Who is Is Shiori Kutsuna Dating?

Shiori Kutsuna is yet to be married or has a husband. She is probably single at the moment.

It is reported that the actress was in a relationship with actor Shôta Matsuda in 2013. She does not have a boyfriend as of 2021. The actress has kept secret everything regarding her love life & dating story. No report on her past relationships or affair is out.

Kutsuna is also quite busy on social media which includes Instagram with over 244K followers as of early 2021. Despite her fame, the actress has not revealed her dating, boyfriend, and love life.

Kutsuna is fluent in Japanese and English too. Besides she is an avid animal lover.