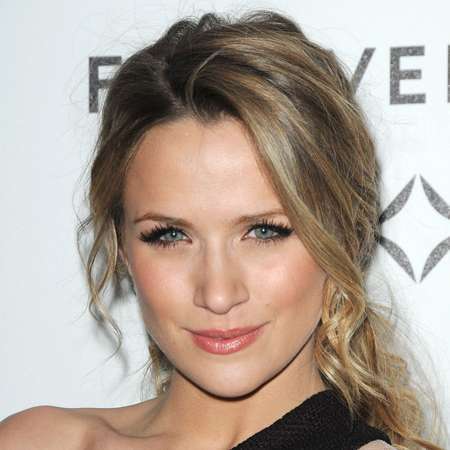 Shantel VanSanten was born on July 25, 1985, in Luverne, Minnesota. She was raised in Spring, Texas. VanSanten is of Norwegian, and Dutch descent. Her nationality is American and her ethnicity is white.

Vansanten attended the Incarnate Word Academy in Houston, Texas. She later enrolled at the Texas Christian University in Fort Worth from where she gained her bachelor's degree.

While still being at her school, VanSanten started pursuing her career in modeling when she started working for the Page Parkes Management.

VanSanten first appeared on the television screen when she was the finalist on NBC's reality television series Sports Illustrated: Swimsuit Model Search, however, was eliminated in the first episode of the series.

Later in 2007, she signed a contract for a film adaptation of the novel t.A.T.u. Come Back where she worked alongside Mischa Barton. The movie was shot in Los Angeles and Moscow throughout 2007. It was premiered on January 25, 2011, in Russia and a year later in the USA.

VanSanten started her career in films in 2009 with The Final Destination with the role of Lori Milligan. She was starred in the movie alongside Bobby Campo, Lara Grace, Nick Zano and Haley Webb.

The same year, she portrayed the role of Quinn James in the seventh season of The CW TV drama series One Tree Hill. She worked on the series until its ninth and the last season in 2012. VanSanten was ranked #24 on the Buddy TV's 100 Sexiest Women of 2010 and the following year, she was ranked #21.

In 2015, the actress was cast in the portrayal role of Patty Spivot in the second season of The Flash where she was the Detective Joe West's protegee.

VanSanten has been cast in the USA Network drama series Shooter since 2016. The series is based on the eponymous novel Point of Impact and the film of the same name.

Besides, she has performed in a music video Fragile Bird with the Artist City and Colour with the role of distressed woman in 2011.

Shantel has been associated with the acting field since her early childhood. Beginning from her modeling days to the present date, she has gone through several ups and downs. Her struggle in her field is what made her a well-established actress. Her performance as an actress has paid her well in the past and in the present day as well. As of 2018, her estimated net worth is around $5 million.

Shantel VanSanten, who will turn 33 in July 2018, is still unmarried. However, she has dated several actors and models. She dated a few numbers of handsome hunks including Michael Johnson, James Lafferty, Jon Fletcher, and Robert Buckley.

According to the reports, VanSanten was in a relationship with Michael Johnson from 2008 to 2009. The couple kept their affair far from the media and went to the public just months before going their separate ways in mid of 2009.

After her breakup from boyfriend Johnson, VanSanten started seeing James Lafferty whom she started dating shortly after she split in 2009 and dated for months before breaking their relationship.

After her breakup with Lafferty, Shantel started dating Jon Fletcher. Fletcher is a British actor and appears in several movies and television shows. Some sources said that the couple secretly split in August 2017, however, the couple never confirmed their breakup.

She is active on social networking sites as well. She has a huge number of followers on Twitter, which represents her popularity on the site. She has huge numbers of fans on Facebook. These days, she is pretty active on Instagram and Snapchat than Facebook and Twitter.