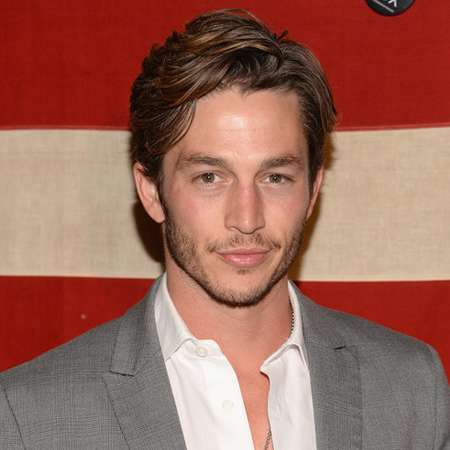 Robert Joseph Camposecco aka known better as Bobby Campo is an American actor who has risen to fame after appearing in the role of Nick O’ Bannon in the 2009 film Final Destination. He has been involved in the acting fraternity since 2005. In 2005, Campo debuted his acting career in the TV film Vampire Bats.  He has appeared in various films and TV series including Scream, General Education, and Grey’s Anatomy. In 2018, he made a guest appearance in the CBS drama series Criminal Minds. Regarding his personal life, Compo is married to his girlfriend turned wife, Christie Mac. They have no children yet.

Bobby Campo was born Robert Joseph Camposecco on the 9th of March, 1983, in Wheeling, West Virginia under the birth sign Pisces. He is an American as per nationality and belongs to White-American ethnicity. He has half Italian and half Polish from father's side and English, Scottish, and German from mother's side.

Campo was born in Wheeling, West Virginia to parents Robert Camposecco and Donna. His father, Robert works as a painting contractor whereas his mother, Donna is a make-up artist. His parents raised him with his younger sister, Julia Marie who is married to Stephen Christian. His parental grandfather, Bob Campo, was a former radio personality.

Regarding his academics, he was enrolled in the Seminole High School for his education and also got training from the Performers Studio Workshop to enhance his acting skills. From a very early age, he was interested in acting and used to participate in school plays.

The success of the movie and the plot of the story led him to be as popular as the movie itself, thus leading him up to the heights of fame. After that movie, he featured on the cover of Throne Magazine in 2009 and graced the cover of L’Uomo Vogue in 2010.

After his rise to fame, Bobby has been cast in short films like Queen in 2011 and in 2012 as a time traveler in A Conversation About Cheating with My Time Travelling Future Self. His acting was praised by the Amazing Stories writer. Furthermore, in 2013, the TV drama series Being Human signed him in a recurring role as Max, a mortician. His other film credits include Legally Blondes, General Education, The Jazz Funeral, Starve, etc. He mainly appears in Hallmark movies.

Campo has also appeared on television in Greek, Mental, South Beach, Audrey, CSI, Scream, Grey’s Anatomy, Masters of Sex, etc. From 2015-16, he appeared in the main role in a TV series Scream. In 2018, he made a guest appearance in a CBS drama series Criminal Minds. He shared the screen with Thomas Gibson, Shemar Moore, and Matthew Gray Gubler.

In the same year, the actress played the role in the movie Unbroken: Path to Redemption.

Bobby Campo's Net Worth And Salary

Bobby Campo’s net worth is around $600 thousand, at present. He earns a decent amount of money from his acting career. His movies have grossed over $1 billion worldwide. In 2009, he appeared in a 3D supernatural horror film The Final Destination which made $186.2 million at the Box Office.

According to a source, TV stars earn $150K-$1 million an episode. So, he might earn somewhere in the above range from his TV series. He has also made a guest appearance in numerous TV series.

He mainly appears on the Hallmark Channel from where he garners a hefty amount of money. With such earning, he is maintaining his lavish lifestyle with his wife.

Bobby Campo is a married man. He is married to his wife Christie Mac Campo since 2015 after having an affair for months. Their wedding was held in a simple ceremony near a Venice beach attended by families and friends. The husband-wife couple together for years but has no children yet and is living together without any divorce rumor.

His wife, Christine Campo, is a hairstylist and a brand amba s sador for Cocre8. Moreover, It is a nonprofit educational organization that a certain profit-oriented business institution that aims to provide a unique perspective of hair as a part of arts and crafts to inspire salon professionals to be more creative.

The duo has not no children but they have two adopted pets. The couple has adopted two adorable pets; a cat named Remy and a dog Reagan. The family currently resides happily in their house. The couple celebrated their third marriage anniversary in 2018.

The acting credits of Bobby have been talked about well and have been hugely liked by people all around the world. Besides, he was once rumored to be gay after he was seen kissing his co-star Finn Wittrock in an episode of the TV series, Masters of Sex. Bur the rumor faded away as his sexual orientation is straight.

Some of his hobbies include cycling, rock climbing, playing soccer, and traveling among others.