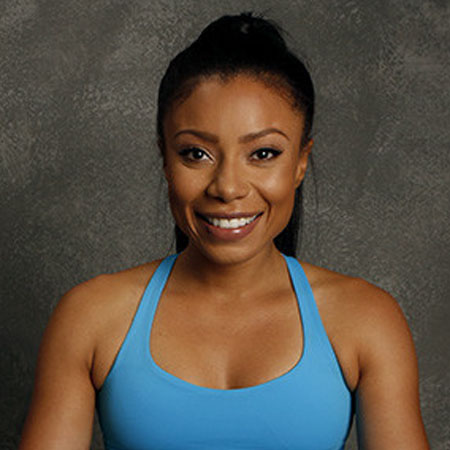 Shalita Grant is an American actress better known for portraying the role of Sonja Percy in one of the most popular shows NCIS: New Orleans. She is also notable for her leading role as Aurelia Johnson in the Mercy Streets. She gained further attention following her role in an Oscar-nominated doc u mentary, Rehearsing a Dream.

Shalita Grant was born on 1988, August 28, in Baltimore, Maryland, USA. She was very fond of being a television personality since her childhood. Regarding her ethnicity, she is mixed.

Raised in small-town Petersburg, Virginia, Grant attended the Baltimore School of Arts, where she was titled as the YoungArts winner in Presidental Scholar of Arts and Theater.

Later, Shalita got a scholarship in Julliard School for her further course in Drama when she was 17 years of age. In the year 2010, Grant graduated from Julliard School.

Shalita started her career performing in theaters and other talent hunts. After her graduation from high school, Grant's career started rising as she appeared in professional plays.

In 2013, Salita was nominated for Tony Awards for her fantastic role as Ca s sandra in the comedy play Vanya and Sonia and Masha and Spike. Surprisingly, Grant achieved Theater World Award for her Hillarious Broadway Debut.

Ensuring her nomination for Tony Award, Salita shifted to Los Angelos to go after television where she recalls her struggling in an audition 54 times in 12 months and playing different roles each time she gave an audition.

Shalita is most known for the show NCIS: New Orleans which also features other stars like Vanessa Ferlito, Zoe Mclellan, Pauley Perrette, etc. She has even appeared as a guest actor in the series including Battle Creek, Bones, Melissa, and Joey, etc.

Besides, the actress also landed the performance in the Oscar-nominated doc u mentary, Rehearsing a Dream.

The net worth of the actress Shalita Grant is known to be $200 thousand, in 2019. She earns an earning through her television personality and theater plays. There is no doubt that she is living her life in extravagance.

Shalita Grant is openly a lesbian. She tied the knot with her girlfriend Sabrina Skau, on August 8, 2018, in a private wedding ceremony held at San Francisco’s City Hall. Her wife Skau is an LGBT member. The couple first met on a dating app. The couple also suffered a distance for a year as Grant was in New Orleans for her filming.

Skau popped the question to her future spouse on Christmas Eve of 2017. Just eight months after, Grant and her then-partner Sabrina exchanged the vows.

As of now, Grant lives in Los Angeles with her wife and two puppies.

Shalita has not been much open about her relationship status. However, she was once rumored to dating James Vaughan who is a journalist and a TV host. James Posted a photo of him and Shalita Grant with a cheesy caption. Shalita has also posted mentioning him as 'boyfriend.'

James and Shalita are baffled to be in a relationship as James drags an LGBT sexual desire, whereas having a girlfriend for him does not feel like being in an LGBT personality.

Shalita is very much dedicated to her profession that there are very fewer possibilities for her getting involved in any love affair.