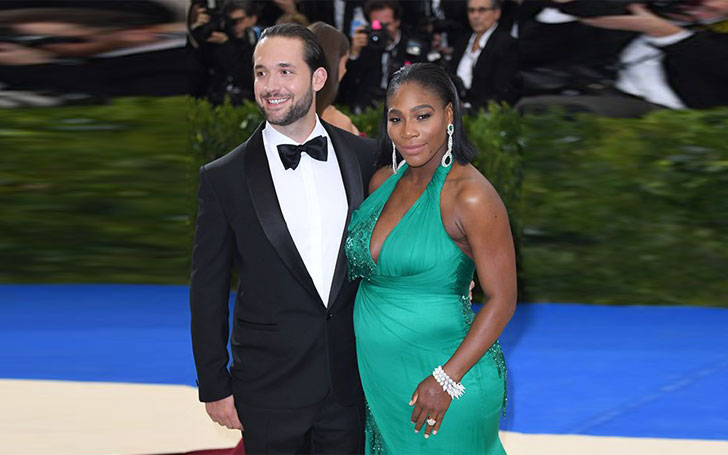 Yes, the lovely couple Serena Williams and Alexis Ohanian are all ready to head towards the altar.  The couple who met in 2015 is tying the knot in front of the biggest name in the Hollywood such as Beyonce, Jay Z, and Kris Jenner.

It feels likes yesterday when she flaunted her baby bump at Met Gala 2017, and now, the to be husband and wife are parents already.

Well, It’s a sure thing that their marriage is going to be extravagant after all it’s a Reddit’s co-founder, Alexis Ohanian and American professional tennis player Serena Williams' wedding day.

But it’s just the beginning, well there is a lot of information about their wedding so let’s get to business right away.

The couple back in 2016 announced their engagement and the rumbling about the wedding locations started in October 2017.

It’s a huge event and trust us when we say huge, as the wedding is reported to cost more than $1 million and is being organized by the renowned wedding planner Preston Bailey. Just like the DailyMail.com reported.

Serena and Alexis have spared no expense on their dream wedding

Also, the other source added,

They have hired the best of the best and can't wait to get married in The Big Easy. It's a special city for Serena and somewhere she has always loved.

The wedding is scheduled to be held in New Orleans at the Contemporary Arts Center.

Also, the other source added

Serena and Alexis chose the Contemporary Arts Center because of its incredible architecture and history. They have instructed Preston to fill the hall with thousands of dollars worth of crystals and flowers. The hall will be totally transformed

Moreover, the couple is tying the knot in front of 250 guests including their friends and family which also includes the girlfriend of Prince Harry, Meghan Markle, who has been a friend of Serena since 2014. Serena and her fiance Alexis at Met Gala 2017

Since its all about their wedding at this time lets take a trip down memory lane and see how their love actually blossomed.

Serena Williams and Alexis Ohanian's love story: Know when it all started

When Serena Williams and Alexis first met, she and her friends tried to make him leave by telling him that there was a rat in his table.

Well, yes, when the pair first met at Hotel Cavalieri Hilton in Rome, Ohanian sat down at the table next to Willaims' and was pranked by her friend.

The two, complete opposite, had no idea about each other’s profession, probably the main reason that they are together right now, as they say, opposite attracts!

They started dating in June 2015 before French Open when they were seen roaming around Paris for six hours, and by April 2016, Ohanian knew that he wanted to marry her.

I felt like a door had been opened to a person who made me want to be my best self.

We rarely see Serena’s romantic side and one of that moment was when she and Ohanian got engaged. She posted a sweet poem through her verified Reddit account.

I came home/ A little late/ Someone had a bag packed for me/ And a carriage awaited," she wrote. "Destination: Rome/ To escort me to my very own 'charming'/ Back to where our stars first collided.

To which he responded, And you made me the happiest man on the planet.

Everybody together now. AWWWWWW!