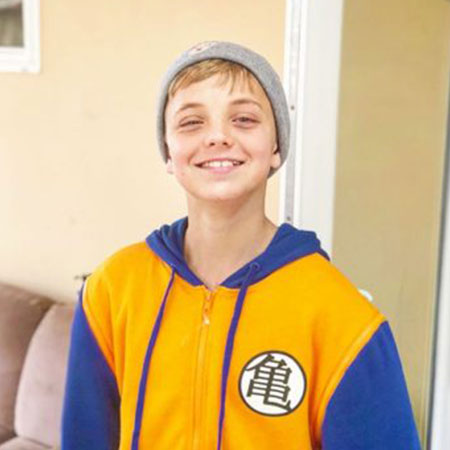 Blessed with superstar parents like Britney Spears and Kevin Federline, the celebrity kid, Sean Federline was surrounded by cameras from his birth. He appeared in the TV miniseries Britney & Kevin: Chaotic when he was just a year old. Just 13 years old as of January 2019, his appearances in documentaries have already made him a star.

Sean Federline's birthday falls on September 14, 2005, and he was born in Santa Monica, California, the USA to celebrity mother Britney Spears and star father Kevin Federline. He was born under the sign Virgo and his personality is dedicated, humble, wise, witty and well-spoken which are all traits of the sign. 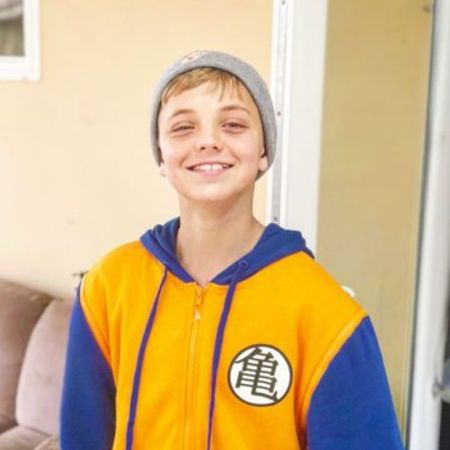 CAPTION: A photo of Sean wearing a orange and blue jacket. SOURCE: Familytron

Regarding his siblings, he is the older brother of Jayden Federline. He also has an older half-brother named Kaleb and a half-sister named Kori. Similarly, after his parents got divorced his father married again and was blessed with two daughters Jordan and Peyton. He is White by ethnicity and holds American nationality.

Federline is a young boy who appeared in his first documentary, Britney & Kevin: Chaotic when he was just a year old. Then the next year he appeared in the TV series VH1: All Access. Similarly, he made appearances in multiple documentaries and named himself a young star.

Even though he was young he was given star treatment by the media because of his celebrity parents who have worked with the likes of Justin Timberlake, and Iggy Azalea,

Adding to his career on documentaries he also acted on the video short Britney Spears: Ooh La La in 2017.

Notably, he was featured in the archive footage in the TV Movie Documentary Paris Hilton Inc.: The Selling of Celebrity in 2007 where he appeared alongside Paris Hilton.

Federline is much too young to have a net worth of his own but he was lucky enough to be born to cash cow parents. His mother is a world-renowned celebrity and his father is a multitalented TV personality.

Britney Spears is worth a jaw-dropping $215 million as of 2019. She collected this net worth from her extraordinary career as a musical artist and a performer as well as an actress.

Similarly, his father is also a well-known celeb whose net worth is estimated at $ 6 million. In 2019. He amassed the net worth by working in different fields of the entertainment industry.

Federline is much too young to have a love life, his parent, on the other hand,d have had interesting personal lives and relationships. They got married in 2004 after 3 months of dating and getting engaged in July 2004.

The couple, however, divorced in 2006 and Spears accused him of being a gold digger.

The following video shows the pictures of all of Spears' children in a slideshow format.

After they got divorced in 2006 Kevin remarried on August 10, 2013. He is the father of 6 children from his relationships. On the other hand, his mother Spears also married to Jason Allen Alexander in 2004, but they annulled the marriage in the same year.

She also was spotted kissing boyfriend and dancing with boyfriend Sam Ashgar in the Late December 2017.