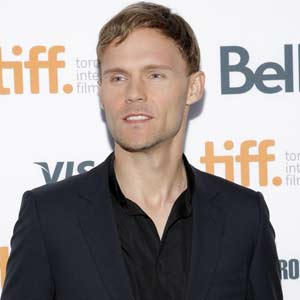 American actor and filmmaker, Scott Haze came to the limelight following his breakout performance in a 2013 crime drama film Child of God. He also owns a theatre under the name Sherry Theater in North Hollywood, California. His other prominent work includes Thank You for Your Service, Midnight Special, and Only the Brave. He also directed a doc u mentary Mully on the African humanitarian Charles Mully which was released on October 3, 2017.

Scott Haze was born in 1981, in Dallas, Texas, United States. He spent most of his early childhood days in his hometown Dallas along with his American parents. He attended the Stella Adler Conservatory.

Haze holds American nationality and his ethnicity/race is White. Haze envisioned, built, and founded The Sherry Theater in the North Hollywood Arts District in California in 2006. During his early career, he has written several plays including 2006's Devil's Night and 2011's Angel Asylum.

In the between 2005 and 2010, Scott Haze featured in a number of films and TV shows like  CSI: Crime Scene Investigation, Live!, Tunnel Vision, Prey For Me, and Cop Dog. He rose to prominence after his performance in Post. In 2013, he featured in the movie As I Lay Dying.

Haze became one of Variety's 10 Actors To Watch For 2013 and for his performance in the Child Of God, he was named the Breakthrough Performer Of The Year at the 2013 Hamptons International Film Festival. He featured as Jason Compson IV in Franco’s adaptation of William Faulkner’s novel The Sound and The Fury.

Haze played the leading role opposite Miles Teller in Thank You For Your Service. It was announced on 19th October 2017, that he was cast in an upcoming American superhero movie Venom directed by Ruben Fleischer. The film is set to release on October 5, 2018, and also features Tom Hardy, Riz Ahmed, Michelle Williams and Jenny Slate.

Scott Haze has garnered a tremendous amount of money from his successful career but the exact amount is yet to be revealed which as per several online sources is believed to be $3 million. He has written, directed, and produced several films and series.

According to source actors in the US on average earns a salary starting from $50 k. In the acting fraternity since 2006, Haze possibly makes more than the amount.

Scott Haze is yet to be married and is also not dating anyone officially. He has kept his private matters away from the limelight. He seems more focused on his career.

Haze is also active on social media where he often posts photos regarding his work. He is a close friend of James Franco with whom he collaborated in a number of projects.