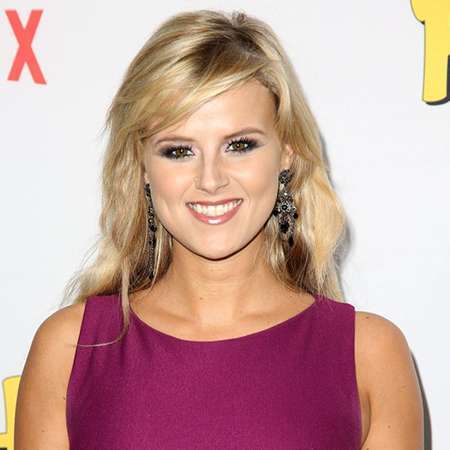 Sasha Jackson is a British actress from Windsor, Berkshire. She has appeared in various movies and TV series like CSI: Crime Investigation, One Tree Hill, and Happy Endings. She started her acting career in 2003 when she made a guest appearance in an English series Star. From 2009-12, she appeared in the American drama series One Tree Hill. She will play in the upcoming thriller movie Snap Shot in 2018.

Born on 1 August 1988 at Old Windsor, Berkshire, UK, Jackson is a powerful and an elegant swimmer as well. She belongs to British nationality and her ethnicity is Caucasian. She can swim long distances being under and in water.

Jackson travels a lot due to her work commitments. Sasha was trained with some of the most respected and renowned acting coaches of LA like Ivana Chubbuck, Andrew Magarian, Taylor Sheridan and Warner Loughlin.

Jackson also did acting training course with Bob Corff, who is regarded as the master of voices in intensive one-to-one dialect coaching. She has flawlessly achieved the American accent and also has perfected in other accents. This helped her to gain the suitability to fill in the diverse range of characters.

Sasha Jackson is involved in acting since 2003. She has appeared in comedy as well as action movies. She has played in a mainstream and minor role in several movies and TV series.

Jackson learned the street dance, ancient arts of Egyptian and Turkish Belly dance with the flavor of Latin America, Bhangra and Hip-Hop steps to fulfill the need of her character in a British dance feature film, Everything to Dance (2007), where she was a lead character.

She also helped in some of the movements in choreography. She has appeared in several movies and mini-series so far.

Sasha Jackson works regularly for American movies. She acted as American “Dana” which is the lead role in the movie Blue Crush 2 by Universal Pictures in 2011.

Jackson also acted in the comedy movie Til Death (2006) “April Campbell” showing her comedy abilities. She has acted as a sexy bartender in Rita Rocks (2008), as a British actress and model in One Tree Hill in two seasons; seven and nine. She worked alongside Chad Michael Murry, James Lafferty, Sophia Bush and other stars in One Tree Hill.

Jackson also appeared in the UK miniseries The Witches of Oz as Ilsa Lang. Besides playing in hot, simple and comic roles, Jackson has also appeared on the screen showing off her incredible combat skills. She loves challenges and is interested to learn the actress who embraces every challenge to boost up and sharpen her skills.

Jackson is ready to do any challenging acts that the character and the role demands. As per such, she has surfed in the huge winter waves in South Africa for the movie Blue Crush 2 in 2011.

Jackson learned the martial arts and combat skills to fulfill the requirement of the character in the series, Kick-Ass Kandy. From 2016-17, she featured in the drama series The Royals.

Jackson is a talented personality. Besides showing her bravery in accepting the challenges for the on-screen roles, she has also been the real former National High Board Driver and the Regional Trampolinist.

Sasha Jackson's Net Worth, Salary, And Major Source of Income

According to the Net Worth Post, her estimated net worth is $1.2 million. She has earned this figure with her comedy and action movies as well as television drama series.

Jackson is also paid around $51,000 a year for her work in movies and TV series.

Sasha Jackson is an unmarried woman. she is not dating anyone (publicly). She looks stunning and appalling in any of her outfits turning every man on her spell.

Still, no information has been disclosed from her side if she is dating any men. There were rumors of her affair but still, no one can take the name of a guy being sure that he is her boyfriend.

Jackson is undoubtedly the apple of an eye of her admirers and mostly men fans. Her performances will surely one day give her awards. She definitely is a suitable one to be awarded for her hard work and performances.

The actress is fond of tarvel who often shares beautiful snaps from beautiful destinations to her Instagram account. She is also an avid animal lover who has a pet puppy.

There is less information available on her on the internet but her pictures are widely found. Her fans can keep themselves updated on her recent activities via following her on Twitter or Facebook. Her presence on social media has made her more popular. As of 2019, she has over 26.3 K Instagram followers.