Sasha Banks is married to Sarath Ton since 2016; how is their married life? Know about their children 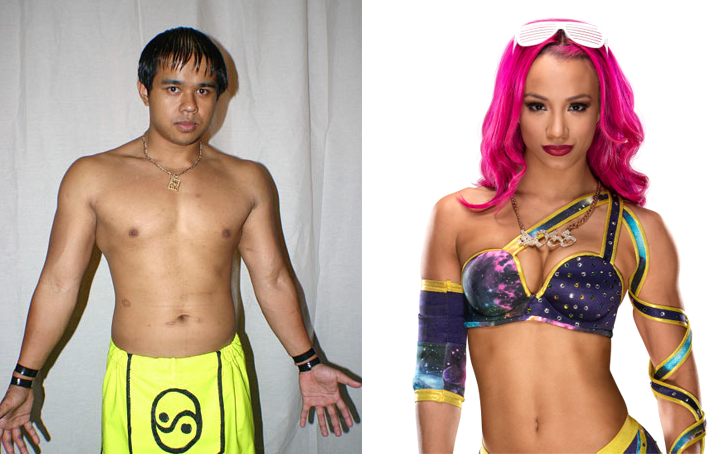 Banks is married to Sarath Ton, known by his stage name Kid Mikaze. The couple is in the wrestling professional for a few years. How their professional and personal life is going on. Are they happy with their married life? Let's talk about their relationship and children.

Sasha and Sarath dated for a few years before getting married in 2016. The couple married on August 4, 2016, in an intimate wedding ceremony attended by their friends and families. Sasha and Sarath are professional wrestlers and they both work in the WWE.

The couple met for the first time when Sasha was on the Independent Circuit, in late 2010. They were friends for a few years before they started dating.

A post shared by WrestlingNewsSource.com (@wrestlingnewssource) on Aug 5, 2016 at 10:35am PDT

Before some months of their marriage, she revealed about her husband with Miami Herald,

I just had him do it, because now he knows what I want. He envisions it. I just tell him, ‘I want to look the best, the greatest. Just do your thing,’ and he always makes me look amazing.

Sasha loves rap battle and she usually battles with her husband in leisure time. The couple has leading a healthy relationship for a long time now and still, their relationship is running smoothly without any divorce rumors.

Even after a long married life, the couple yet to share any child. There are just a rumor that the two has a child.

27-years-old Sarath Ton is a costume designer of the WWE. He is also the former wrestler who performed under the ring name of Kid Mikaze. Ton helps to design costumes for Banks and other WWE performers.

Ton is a native of Springfield, Massachusetts and currently living in Boston city.

Kevin Landry trained him before entering in the wrestling industry. Ton appeared in the ring from the early September to May 2015.

27-years-old Sasha Banks is a native of Fairfield, California and currently staying at Boston Massachusetts. She is from the music family; her four cousins are famous musicians of the recent era. They are Snoop Dogg, Brandy Norwood, Ray J, and Daz Dillinger.

She grew up watching women’s pro-wrestling and inspired by former wrestler Eddie Guerro. Before starting her professional career, she was trained by Hanson, Sara Del Rey, Brian Fury, and Brian Milonas.

Sasha began appearing in the ring under the name of Mercedes KV in October 2010. There, she performed a duet with Nikki Roxx. After three months, they win the match against Alexxis and Mistress Belmont.

In 2012, Banks signed with the WWE and started featuring in the WWE’s programs. She has multiple signature moves including Frog Splash and Monkey Flip.