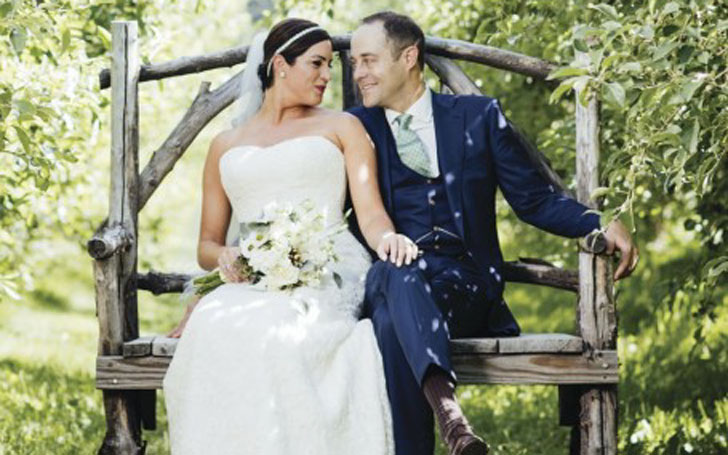 Sarah Spain, the renowned face in the field of sports married her longtime boyfriend Brad Zibung in 2016, after dating for a couple of years.

The espnW.com's columnist is doing great in her professional life and her romantic life at present, however, her past life isn't as simple as one would assume to be. More about her married life and struggles here.

ESPN Radio host, Sarah Spain, 39, has a wonderful family life with her husband Brad Zibung. Sarah and Brad exchanged vows in front of more than 300 guests on 29 May 2016 in Chicago, IL. Brad is also a sportsperson. He is the creator of the satirical sports site named The Heckler.

Sarah and her husband Brad Zibung enjoying a vacation

There's a very interesting story behind Sarah and Brad's amazing love life.  They met for the first time in the year 2008 at a charity bowling event hosted by Blackhawks defenseman Brent Seabrook. The two slowly became close and started dating in the following year.

For their first date, back in 2009, they went to a Cubs game. Although that wasn't a real romantic date, something really blossomed between the two.

They came out as a couple only in 2011- they have been together ever since. Brad and his wife Sarah tied the knot on 29, 2016, in Chicago. Married for over a three, Sarah Spain and Brad Zibung are happier than ever and leading a wonderful relationship together. The two do not have any kid to date. But they are enjoying every moment they have together.

ESPN's Sarah Spain has come openly out sexual Harassment issues she faced at Fox News. Spain along with Cassidy Hubbarth and Jemele Hill shared their personal experience of sexual harassment.

Spain was in her early 20s working at Fox Sports as a PA and an associate producer. As it was the initial step of her career, everything was very hectic. She was incredibly excited to get the chance to interview for a real TV job.

You know, I want to get to know you more. I want to talk to you, but it’s kind of late, and I’m hungry for dinner. There’s somebody who’s actually leaving, one of my coworkers that’s leaving to go to a different job. You want to stop by his going-away thing and we can get some food or whatever?

She felt uncomfortable but she came under pressure. The guy apparently drank a lot throughout the conversation. And, it was already too late when she had to get far to her hotel.

The guy insisted to drive her back when he was already drunk. He also said many inappropriate things during the ride.

I’m so uncomfortable right now. This is so important to me. This job is really important and you’re really putting me in an awful position.

However, she managed to reach her hotel room and immediately called her friend, cried a lot and explained the incident happened.

Sarah, however, didn't disclose the name of the guy who assaulted her.