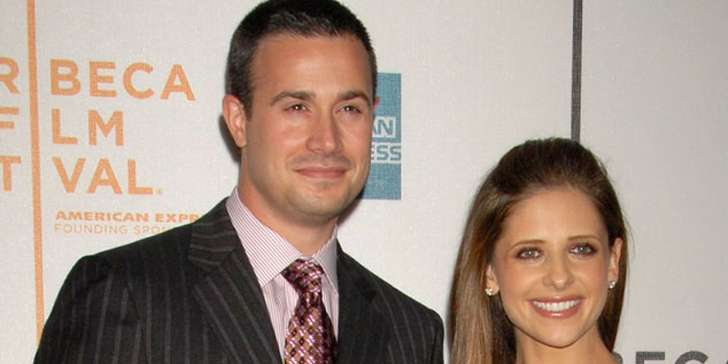 Sarah Michelle Gellar and Freddie Prinze Jr. are one of the most successful Hollywood couples. They have been together for long years now and happily married for 13 big years. They are idols for all the married couple as they set examples for all. Gellar met her husband Freddie Prinze while they were filming the 1997 teen horror film I Know What You Did Last Summer, but the affair took time to build up.they began dating in 2002. They later got engaged in April 2001 and married in Mexico on September 1, 2002 in a ceremony officiated by Adam Shankman, a director and choreographer with whom Gellar had worked on Buffy the Vampire Slayer. Prinze and Gellar have worked together several times; they played each other's respective love interests as Fred and Daphne in the 2002 film Scooby-Doo and its sequel, Scooby-Doo 2: Monsters Unleashed.

They both have also provided their voices for several animated movies. They have two children together, first baby Charlotte Grace, 6, and second Rocky James, 3. They both talk about the 13 year old marriage secrets. They say how people forget to tell their loved ones about how much they love them, as it’s a busy world and everyone have little time. The couple love to spend time together with their kids, doing that also makes their bonds stronger they confessed. As the family has been extra busy lately: Gellar, 38, has her own line of kid-friendly baking and food decorating kits, FoodStirs, while Prinze, 39, has his own cookbook, Back to the Kitchen. They still manage time out of their busy schedules to spend a quality family time. Gellar also credits being mindful and present as contributing factors to her successful marriage.

She suggests that little things you do together makes your bonds stronger and everyone should once in a while take some time out for doing those little things that strengthen any kind of relation. The couple's net worth is $34 million estimated together in total.