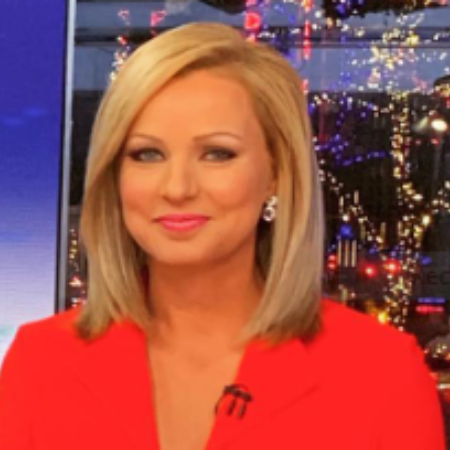 Sandra Smith is a well-known reporter, host, and journalist. She has served as a reporter for the Fox News Channel. She is widely known as the co-host of the show called Outnumbered on the Fox News Channel based in New York. She hosts America's Newsroom alongside Bill Hemmer.

Smith is one of the popular media personalities on the network. She hosted the Outnumbered with Harris Faulkner and Megan McCain. Smith is a well-known reporter, host, and journalist. Regarding the personal life of Smith, she is married to her longtime boyfriend turned husband, John Connelly, in 2010, with whom she shares two children, a son, and a daughter.

Sandra Smith was born Sandra Kaye Smith on September 22, 1980, in Chicago, Illinois, the United States, under the birth sign Virgo. She is an American by nationality and belongs to the White-American ethnicity. Her mother is from Lawton, Oklahoma and her father is from Chicago. Her parents met when they were attending Officer Candidate School at Fort Sill in Oklahoma.

Smith is a native of Wheaton, Illinois. Her father was a floor trader at Chicago’s Mercantile Exchange. She is the youngest child of her parents. Her parents raised her with her five siblings.

Regarding her academics, Smith completed her high school education at Wheaton Warrenville South High School in the year 1988. During high school, she actively participated in school sports programs. She was the cross-country captain during her senior year. She also ran the track field, earning two letters.

Moreover, she used to run NCAA Division I Cross Country and Track & Field for the LSU Women's National Championship team, where her events were 1500 meters and 3000-meter steeplechase. Later, she was honored to be coached by the famous personality, Pat Henry.

Smith was honored with the All-DuPage Valley Conference honors, Illinois High School Associate State qualifier, and an Academic All-Conference selection. After completing high school, she went to Illinois State University in Bloomington-Normal, and after a short while, she was transferred to Louisiana State University.

Career as a Journalist

Smith began her career at the Aegis Capital Group as a research associate. She helped in the research and analysis of retail stocks, prepared weekly stock newsletters to clients, and identified investment opportunities for the group.

Later on, Smith worked at the Hermitage Capital Management executing U.S equities and options orders in Chicago, analyzed the portfolio conduction, and prepared the commission reports. 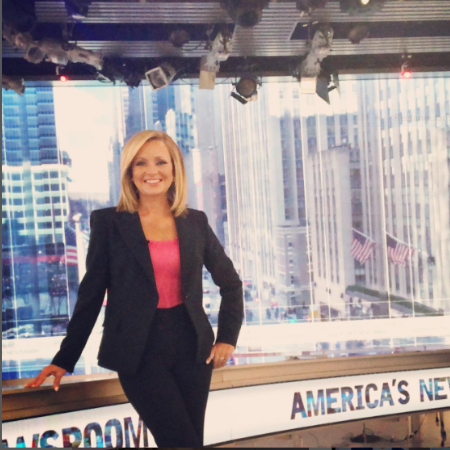 Debuted As a Reporter

Moreover, Smith worked at Terra Nova Institutional in Chicago, serving as the Director of Institutional Sales and Trading, where she handled the investment management and hedge fund accounts, where she helped in the program development of trading models for existing and prospective clients.

After some years, She debuted in the television arena as a reporter covering the U.S equities and derivatives markets, contributing to the breaking news and analysis and also reporting for Bloomberg Television. While working in Bloomberg, Smith used to cover US equities and derivatives markets and contributed to breaking news and analysis.

In 2007, she joined the Fox Business Network as a reporter. In early 2009 October, Smith began appearing regularly on Don Imus’ Show and Imus in the morning before its cancellation in 2015.

In 2016, Smith moderated two GOP Presidential debates during the 2016 election phase by Trish Regan. The duo became the first all-female duo in American history to moderate a presidential debate.

Furthermore, the news reporter also made an appearance on a number of Fox Network’s shows and began co-hosting the Outnumbered, and worked for the show from April 2014-June to 2018 alongside Harris Faulkner and Megan McCain. She left the show in June 2018 to host America's Newsroom along with her co-host Bill Hemmer.

In December 2019, it was announced that Ed Henry, who has been with Fox News since 2011, joined Smith on the channel's news show, America’s Newsroom.

Smith has earned a considerable amount of money from her journalism career. She has worked for a number of reputed shows and programs. According to the Celebrity Net Worth website, Smith had an estimated net worth of $6 million as of 2020.

As per the report, Smith receives an annual salary of $300 thousand. According to some online sources, a Fox News Anchor makes an average salary of $63 thousand.

Like many other journalists, Smith also earns money from commercials, endorsements, and sponsorships. With such earnings, she is maintaining her lavish lifestyle along with her husband and children.

Her long journalism career might have provided her with enough to live a quality life. Further, the tv personality has 59.2k followers on her Instagram account, and her estimated earning per post is around $243- $405, with an engagement rate of 6.40%.

Sandra Smith is a married woman. She has been married to John Connelly since 2010. Smith and John Connelly met when she was working at the trading company. Then, the couple met numerous times before starting a relationship. Eventually, they started their affair and tied the knot after some months.

Connelly encouraged her to join the Fox Business channel. During that time, he was working as a painter at a reputed art house in Chicago. Later, the couple began dating and dated for a few years before tying their knot in 2010. 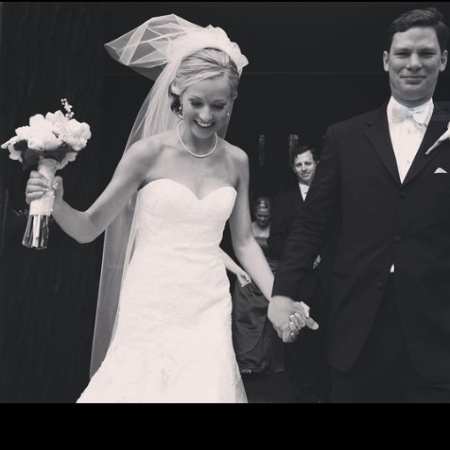 CAPTION: Sandra Smith with her husband during their wedding SOURCE: Instagram @ sandrasmithfox

The couple walked down the aisle on May 1, 2010, in Holy Name Cathedral in Chicago. Since then, they have been living happily. The beautiful pair shares amazing chemistry together.

Smith and her husband Connelly share two children together. Their daughter Cora Belle Conolly was born in 2013, and their son John Connely Jr. was born in 2015. The husband-wife pair has been together for years without any rumors about their divorce and an extramarital affair.

Smith also has a German Shorthaired Pointer named Whiskey. He’s a hunting breed with tons of energy. He is a friend of her kids and plays with them when they were alone.

Smith is active on the news media site Twitter. She regularly shares her day-to-day life via Twitter. In October 2017, she posted a birthday message for her pet Whiskey on his third birthday. She also shared a few glimpses of Prince Harry and Megah Markle's Royal wedding on her Twitter on May 20, 2018. Besides, the media personality might share a healthy relationship with her belongings.

Smith is a beautiful personal having a beautiful personality. She stands a height of five feet and eight inches with a maintained body measurement size of 35-24-36. She has a pair of long and toned legs that has enhanced her beauty. As of 2022, her age is 41.

Her charming smile, a pair of beautiful eyes, and golden hair are the plus. Smith is admired and praised for her talent. She looks very attractive in tights and has a nickname called Sandy. Additionally, the reporter might be a fitness lover as she has maintained a healthy and attractive body. She looks much younger than her real age. Besides her talent, she is followed and admired by her followers due to her looks.