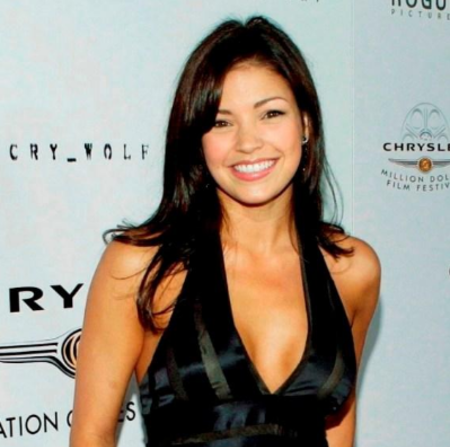 Sandra McCoy is an American actress and dancer who rose to fame after her appearance on The Wayne Brady Show in 2001. She is also known for her role in the 2005 mystery drama film, Cry_Wolf.

She has been married to her loving husband Brian Lopez since 2013. The couple is parents to three adorable children.

Parents and Brother Died When She Was 14

Sandra McCoy was born on August 14, 1979, in San Jose, California, the United States of America, in a Filipino/Irish family, to parents Gary McCoy and Madeline McCoy.

She was raised in San Jose, California, along with her brother Mark McCoy until the age of 14. Her parents and Mark died in an airplane crash in late 1993.

The three were on a trip when the tragic incident happened. Sandra did not go on the trip at the time because she had a swimming competition. Instead of her, her brother took one of his friends who also died in the crash.

Her dad was working at the County Sheriff's Department as a database management director. Her mom, meanwhile, was a high school Physical Education teacher.

Sandra McCoy started learning dancing and gymnastics at the age of eight. She was a student at Independence High School where she was a member of a cheerleading squad and soccer team.

She later attended the Santa Clara University in Los Angeles from where she completed her graduation with a Bachelor's Degree in Psychology.

Sandra McCoy did a breakthrough performance with a lead role in 'N Sync's "Pop" music video. She also worked as a cheerleader in the season of 2002–2003 for the Los Angeles Lakers. She made her calendar debut with Music Video Beauties in 2004.

She played many small roles on several popular television shows. She rose to fame after playing the role of Mercedes in the 2005 mystery drama film, Cry Wolf.

In early March 2007, McCoy auditioned for the CW reality television series, Pussycat Dolls Present: The Search, but she was unable to make it.

She then guest-appeared in an episode "Bedtime Stories" of the CW and WB television series, Supernatural, alongside Jared Padalecki, Jensen Ackles, Katie Ca s sidy and Lauren Cohan.

As we mentioned earlier, Sandra McCoy is a married woman. She has been married Brian Lopez. The couple tied the knot in a lavish ceremony in July 2013.

She took to Twitter to announce her wedding to Lopez by sharing a series of photo of the bride and groom from their big day.

One year down and I'm still smiling like this... It's gotta be annoying to some by now! Looking forward to many more! pic.twitter.com/ktV22cRxST

The husband-wife duo shares three children; two sons and a daughter together.

McCoy was previously in a relationship with Jared Padalecki. The two met while the actress was working on Cry Wolf. The former boyfriend-girlfriend duo called it quits in 2008.