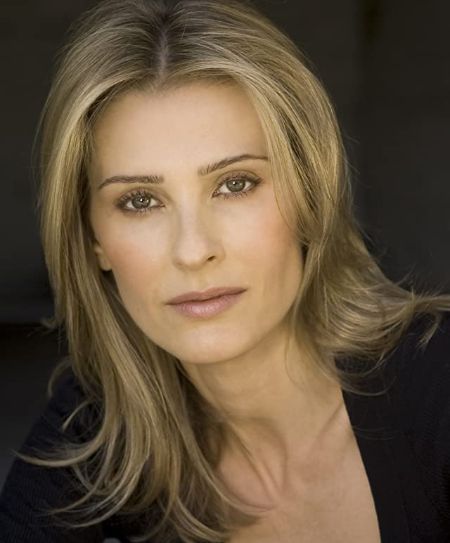 Sandra Hess is a Swiss-born actress and model currently based in Los Angeles, California with her husband and her co-star from Pensacola: Wings of Gold, Michael Trucco.

How Old is Sandra Hess? What is her Height?

Hess began modeling in her teen years and appeared on TV commercials for national and multi-national brands. After graduating high school, Hess pursued a degree in law from the University of Zurich. She dropped out of college and moved to the US and settled in Los Angeles, California to pursue an acting career.

Upon settling in Los Angeles, Sandra began taking acting classes. She made her on-screen debut as a cave-woman, Cave Nug, in the 1992 comedy starring Brendan Fraser and Sean Astin, Encino Man.

She made her television debut in a 1994 episode of the short-lived ABC sitcom Blue Skies. She went on to guest star in numerous TV shows including SeaQuest 2032, Lois & Clark: The New Adventures of Superman, Baywatch Nights, and High Tide. 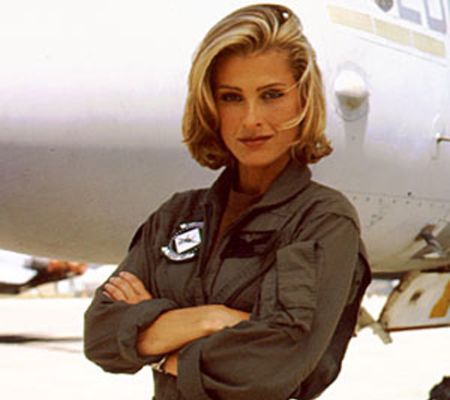 Hess is perhaps most well-known for playing Lieutenant Alexandra "Ice" Jensen in the second season of the syndicated action-adventure drama series Pensacola: Wings of Gold.

Another notable TV role was her recurring appearance as Kara Ludwig in the CBS soap opera The Young and the Restless.

On the big screens, she is known for movies like  Endangered, Beach House, and Mortal Kombat: Annihilation.

In the latter half of her career, Hess has had prominent roles as Regine Smidt in the CBS action police procedural drama series NCIS and Sasha Donev in the ABC medical soap opera General Hospital.

Sandra Hess has been married for over a decade to actor Michael Trucco. Their wedding was held on July 11, 2009, in a ceremony in Mexico. 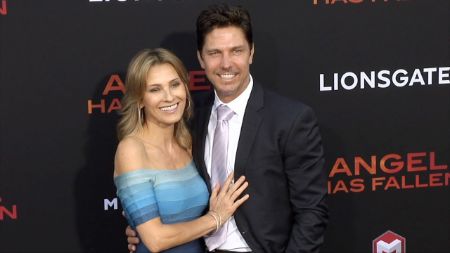 Trucco is a 26-year veteran of screen acting and is most known as Samuel T. Anders on the Sci-Fi Channel remake of Battlestar Galactica and as Tae Kwon Douglas on the Netflix comedy series Disjointed. Trucco was also Hess's co-star in the syndicated action/adventure drama series Pensacola: Wings of Gold.

What is the Net Worth of Sandra Hess?

Sandra Hess is estimated to have a net worth of around $1 million in 2020. Her wealth comes from her acting career. A 28-year veteran of on-screen acting, the Swiss-born is known for movies like Encino Man, Endangered, Beach House, and Mortal Kombat: Annihilation; as well as TV shows like Pensacola: Wings of Gold, Titans, The Young and the Restless, NCIS, and General Hospital.