Sadie Stanley is a rising American actress who started her acting profession in 2018 as a child actress appearing in the 2019 Disney Channel Original Movie, Kim Possible. The eighteen years old actress has also appeared in Dead to Me and The Goldbergs.

Sadie’s full name is Sadie Anne Stanley. She was born on 15th November 2001, to father Matt Stanley and mother, Tracy Stanley. She was in Columbia, South Carolina, the United States of America.

Sadie’s nationality is American, whereas her ethnicity is not known. She grew up with her twin sister, Sophie.

Sadie was thirteen years old when she became interested in acting. She actually started acting career in 2018 but grabbed huge attention in 2019. 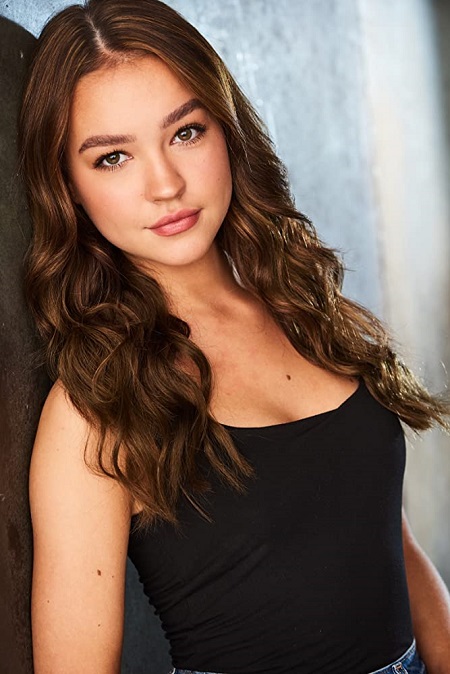 In 2019, she first made an appearance as a giggling girl in the television series, Game Shakers. Likewise, she appeared as Kim Possible in Kim Possible and as Tracey Kruger in Coop & Cami Ask the World.

In 2020, she appeared as Brea Bee in The Goldbergs, as Parker in Dead to Me, and as Jules in Room 104. Now, she is busy working as Clancy Finch in the movie The Sleepover and as Jessie in Let Us In.

Sadie started her acting career in 2018, and it has been only two years since she kicked off. But, she has already worked on many projects, and her popularity is skyrocketing.

Though Sadie Stanley’s net worth is not disclosed, tabloids reported that she has an estimated worth of $450 thousand. Her acting profession, advertisements, and event appearances are the main source of income.

Sadie, who has around 161 thousand followers on Instagram, has not opened up regarding her personal life. She has not made any headlines for dating a boyfriend. Likewise, she also has not uploaded any pictures with anyone to claim as her boyfriend.

Sadie mostly shares pictures of her twin sister. In one of the posts, she claimed that her sister is her favorite person.

Sadie is 5 feet 7 inches tall and weighs around 58 kg.