Sabriya Stukes is an American microbiologist, educator, and science communicator. She founded and is the a s sistant director of The City College of New York’s Master's in Translational Medicine (MTM) program. She is also famous as the former love interest of Reddit co-founder, Alexis Ohanian.

Sabriya was involved in a high-profile relationship with Reddit co-founder Alexis Ohanian in 2013. The two met in Alexis’ dorm room, and they subsequently struck up a romance. Their relationship could not last, and they broke up. 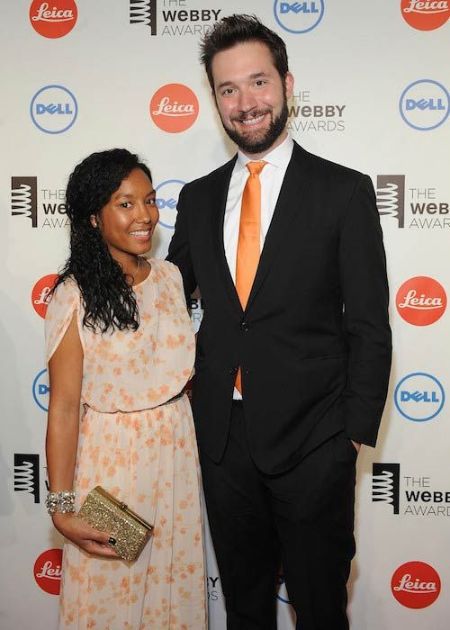 Presently, Alexis is married to tennis superstar, Serena Williams. They got married on November 16, 2017, in a lavish ceremony in New Orleans. In September 2017, Serena gave birth to Alexis’ child, a daughter by the name of Alexis Olympia Ohanian Jr.

Sabriya’s relationship status after Ohanian, however, remains a mystery. After being involved in such a publicized romance with Ohanian, things look to be relatively quiet in Sabriya’s love life, and if she is dating anyone, she has not revealed details of the person to the public.

Sabriya Stukes Is An Alum Of New York University

Sabriya is an American citizen born of African-American heritage. She was interested in science ever since she was a child and attended Virginia Polytechnic Institute and State University for a Bachelor in Science (Microbiology and Immunology) degree.

Sabriya Stukes Worked For The AAAS And BioBus

Throughout educational career, Sabriya was involved in the STEM field, teaching, and learning. She had a stint as the Communications Assistant in the American Association for the Advancement of Science (AAAS). She also worked simultaneously as the program coordinator for BioBus. The company's initiative is to provide science education to minority groups in the New York area.

She is also the co-founder of Connect with STEM, an initiative to provide scientists and personnel from the STEM field recognition among students in schools and colleges.

Sabriya is also the founder and the a s sistant director of the Masters in Translational Medicine program for The City College of New York. She founded the graduate degree program to foster the next generation of scientists and implement scientific ideas to proliferate healthcare services to the people via commercialization and innovation.

Sabriya is one of the leaders of the STEM field and is a role-model to other people-of-color and minority groups to pursue their dreams.

She is also the impetus behind training the next generation of scientists and researchers to use technology and innovation to make lives better for the lesser-fortunate. 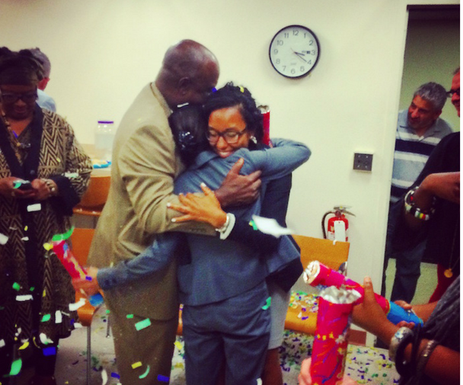 Sabriya celebrating with parents after her thesis SOURCE: The Muse

Her Master’s program provides a revolutionary new means to train new minds via a comprehensive curriculum to innovate healthcare and medicine and mobilize it to the general public. Universities have adopted the program all over the world, including places like Finland, Spain, and Australia.

For her incredible work and contributions, she has collected a high figure of salary. As of 2019, her net worth is $200 thousand.