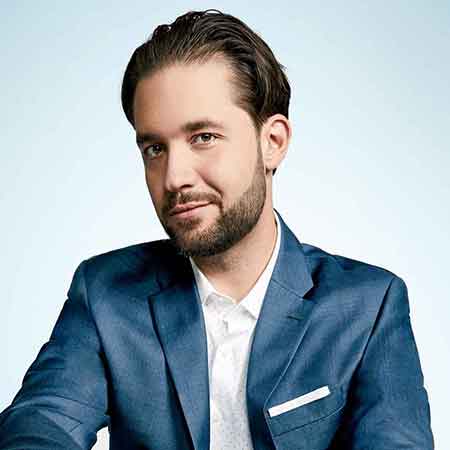 Born and raised in Brooklyn, New York, Alexis Ohanian is an American business personality. He is a reputed  Internet entrepreneur and investor, who founded the social news website, Reddit. In 2012, he was dubbed as Mayor of the Internet by Andy Greenberg of Forbes magazine. Ohanian married tennis star, Serena Williams in November 2017 and the duo is proud parents of a daughter.

Alexis Ohanian was born on April 24, 1983, in Brooklyn, New York to a German-born mother, Anke (née Prigge) and Armenian-American father, Chris Ohanian. His grandparents moved to the US as refugees after the Armenian Genocide.

Ohanian attended Howard High School in Ellicott City, Maryland. He graduated from the University of Virginia majoring in commerce and history in 2005.

Soon after his graduation, Alexis Ohanian, and his friend, Steve Huffman pitched the idea, MyMobileMenu, to Y Combinator. The company passed on their idea but encouraged to come up with another idea and subsequently, they came up with Reddit.com.

In 2005, Reddit joined  Y-Combinator's first batch of start-ups and after a year acquired by Condé Nast. Ohanian returned to Reddit full-time with co-founder Huffman in 2015 but he stepped back in February 2018 to focus on investing.

Ohanian launched Breadpig which produces geeky merchandise and gives the proceeds to charity but now he is no longer associated with the company. He was named the "Ambassador to the East" for early-stage venture firm Y Combinator. In 2010, he co-founded  Initialized Capital and seed investments as well.

Ohanian teamed up with Lester Chambers of The Chambers Brothers to launch a Kickstarter project in December 2012.

In early 2017, Ohanian worked with Rayouf Alhumedhi to campaign for a hijab emoji. In July 2017, Apple released its version of the hijab emoji.

Alexis Ohanian spoke out against t Congress's Stop Online Piracy Act and the Senate's PROTECT IP Act in late 2010 and early 2011. He also helped to lead the Internet-enabled grassroots campaign which eventually overturned the two bills.

In October 2012, he teamed up with Reddit General Manager Erik Martin for the open Internet during the Presidential and Vice Presidential debates. As a result, he was ranked #1 in the top ten most influential activists of 2012 by The Daily Dot and Forbes also dubbed him "Mayor of the Internet".

Alexis Ohanian has an estimated net worth of $9 million. He is the co-founder of and executive chairman of the social news website Reddit which is the seventh biggest site in the US with the market value of $539 million.

In 2010, he co-founded Initialized Capital which raised more than $250 million as of 2018. The same year, he made a seed investment in startups such as Zenefits, Instacart, Opendoor, and Cruise. The company had three funds that crossed over $160 million under management.

His wife is enlisted as one of the highest paid tennis players and as of 2017, her net worth is $170 million.

Alexis Ohanian is happily married to tennis player Serena Williams. The duo exchanged vows at a lavish ceremony in New Orleans on November 16, 2017, in the memory of Alexis' mother.  The wedding was star-studded filled with celebrities like Beyoncé, Kelly Rowland, Eva Longoria, Kim Kardashian, Anna Wintour, and Ciara.

The duo first met in May 2015 at the Hotel Cavalieri Hilton in Rome and both of them really didn't know about one another's profession. Ohanian never watched Serena's games and Serena never heard about Ohanian's company, Reddit. However, eventually, they fell in love and dated for nearly 15 months before their engagement on December 10, 2016.

Ohanian is a supportive husband and he is always there for his wife. He stated,

"Watching Williams compete has changed how he measures success in business."

He often posted her pictures on his Instagram with beautiful captions.

Days after our baby girl was born, I kissed my wife goodbye before surgery and neither of us knew if she would be coming back. We just wanted her to survive—10 months later, she's in the #Wimbledon final. Congratulations, @angie.kerber. @serenawilliams will be holding a trophy again soon—she's got the greatest one waiting at home for her. Our family knows she'll win many more trophies, too. She's just getting started. And I couldn't be more proud.

The duo is proud parents of a daughter, Alexis Olympia Ohanian, born on September 1, 2017, in  West Palm Beach, Florida. The couple often mentioned their daughter completed their family.

Previously, Ohanian dated his college sweetheart, microbiologist Sabriya Stukes. The duo was together for nearly five years before their break up.

He launched a book, Without Their Permission: How the 21st Century Will Be Made, Not Managed on October 1, 2013, which became the best sellers list for Hardcover Business.

Below, we present a video when Alexis Ohanian was guest in The Late Show with Stephen Colbert, where he revealed how Alexis Ohanian met his Wife Serena Williams.