Ruta Gedmintas is an English actress widely known for her appearances in The Strain, Spooks: Code 9, The Tudors, Lip Service and The Borgias. She has been in a relationship with an Olivier Award-winning actor and singer, Luke Treadaway.

Ruta Gedmintas was born on August 23, 1983, in Canterbury, Kent, the United Kingdom, to parents Vladas Gedmintas Jr. and Gail Gedmintas.

Her father is Lithuanian while her mother is English. She was raised in Buckinghamshire. She doesn't have siblings but she is the future sister-in-law of Luke's brothers Harry Treadaway and Sam Treadaway.

She learned acting at the Drama Centre London under late actor Reuven Adiv.

She is of British nationality and English-Lithuanian descent. She belongs to white ethnicity. Gedmintas is 5 feet 10 inches tall and her weight is 62 KG.

Career: Appearances in The Strain and Spooks: Code 9

Ruta Gedmintas made her acting debut with the role of Rachel Harris, a former police officer, in the 2008 drama series, Spooks: Code 9.

Later in 2010, she starred in two independent films, Zerosome and Atletu (aka The Athlete). In the same year, she played the role of Frankie in the BBC Three television show, Lip Service.

She has also had guest roles in the BBC series Waking the Dead, ITV1 series The Bill and BBC One show Ripper Stree.

Gedmintas has also played the role of Elizabeth Blount in the Showtime hit series, The Tudors, and Olivia Flynn in the NBC drama series, Do No Harm.

Most recently, Gedmintas played the role of Dutch, a computer hacker, in the FX drama series, The Strain, alongside Corey Stoll, Rupert Penry-Jones, Kevin Durand and Natalie Brown.

Estimated Net Worth is $1 Million

Being a successful film and television actors, Ruta Gedmintas earns a decent amount of money. According to the photos she has shared on her Instagram account, she is living a lavish lifestyle.

Sources on the Internet have estimated her total net worth to be $1 million with a handsome amount of salary. Her boyfriend, Luke Treadaway, also has an estimated net worth of $1 million.

Lives in a North London Flat with Boyfriend Luke Treadaway

As we mentioned earlier, Ruta Gedmintas is not single but in a romantic relationship. The 36-year-old The Strain actress is dating a British actor and singer, Luke Treadaway, who has received an Olivier Award for Best Leading Actor. 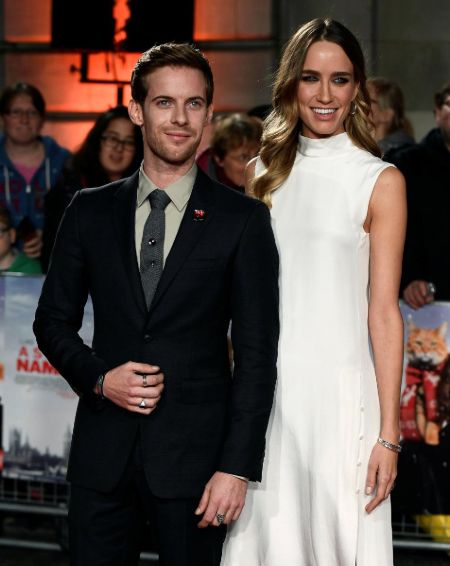