Born in Alaska, Rudy Pankow is an American actor. He is worthy to be mention for his role in the Netflix series Outer Banks. Just in the three year time period, he made a good name of himself and won Humboldt International Film Festival, Honorable Mention, for his short movie Deviant. He has a huge fan following, on his Instagram where he has more than 2.7 million followers.

Rudy Pankow was born on 12th August 1998, in Ketchikan, Alaska. He belongs to white ethnicity and holds the American nationality.

He is one of four children to father doctor Andrew Pankow and a homemaker mother Penny Pankow. He grew up with two elder siblings and a younger brother in his home town in Alaska.

He was a good soccer player while he was in his middle school in  Ketchikan. He graduated from Ketchikan High School. After high school, he moved to California to learn at culinary school. But instead of joining the culinary school, he pursues his career in acting and joined acting institute Michael Woolson Studios.

Rudy Pankow started to act in short movies while was studying in the Michael Woolson Studios. he appeared in Short movies including Nobody Knows, 11:47, and Do Good Thing in 2017. The same year he appeared on television show Sunny Family Cult. 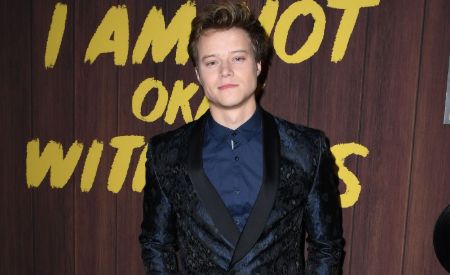 Rudy Pankow attending an Event I Am Not Okay With This SOURCE: Getty Image

In 2018, he appeared in more short films including Not Me, Last Summer, and Deviant. He won the Honorable Mention award from the short film Deviant along with Court Rutter, Krystina Mentemurro, and Mike Burnell. The following year he made his debut professionally from the television series The Politician with Ben Platt,  Zoey Deutch, and  Lucy Boynton. The actor appeared in two episodes of television series Solved.

The actor with a short period of time got his first major role in the Netflix television series Outer Banks. In this series, he shared his screen along with Austin North, Charles Esten, and Drew Starkey.

Rudy Pankow earned a decent amount of money from his three years career. According to verified sources, the actor has a net worth of $100,000, as of 2020.

The American actor has an average salary of $50,000 per annum. The actor has just started his career professionally as an actor so his earning is also somewhere near those amounts. He collects some amount from his Instagram, he earned around $5,460 to $9,100 per sponsored post from his official account.

Most of the people who want to be an actor settle themself in  Los Angeles, California. The median house price in that area is somewhere around $859,000.

Is 21 Year Old Actor Dating Anyone?

The 21-year-old actor is not officially dating anyone as of 2020. Despite having so much fan following the actor has lived a very low-key life. 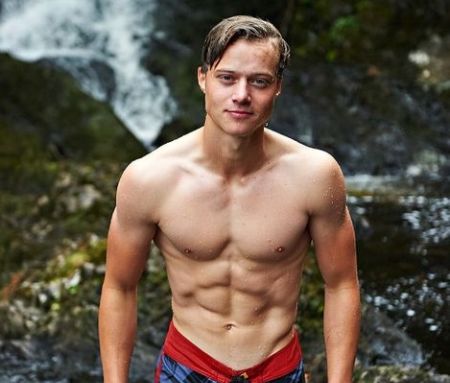 Whenever it comes to his relationship history he has kept his life under a radar. It's mysterious whether the actor is dating someone or living his life single.

The actor is pretty much active on Instagram with 2.7 million followers where he often posts about his family and ongoing /upcoming projects.