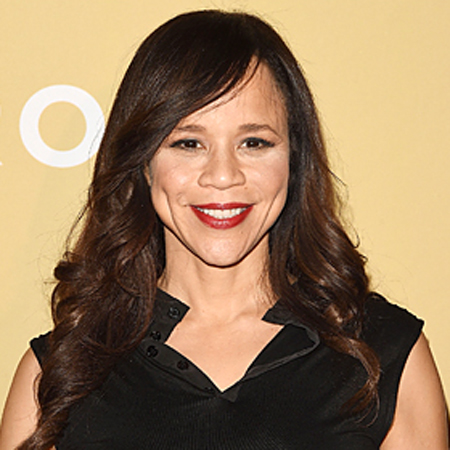 Rosa Maria Prez is professionally known as Rosie Perez is a multi-persona. She is an actress, author, choreographer, and social activist. She made her major breakthrough in the film industry on Do the Right Thing in 1989. She later appeared in White Men Can’t Jump (1992). Following year, she appeared in a drama film Fearless and earned an Academy Award nominations for her supporting role from the movie.  From 2014-15, she was a regular contributor of the ABC talk show The View. In 2017, she enacted in a comedy-drama film Active Adults. She is married to Eric Haze since 2013.

Rosie Perez is an American actress, dancer, director, choreographer, and community activist. She was born in 1964 on September 6. She was born in Brooklyn, New York in the neighborhood of Bush wick. Her father name is Ismael Serrano and her mother name is Lydia Perez. She belongs to American nationality and her ethnicity is mixed.

Her father was a merchant marine seaman. In her early age of 8, she was transferred to a group foster home. She faced much of a hardship in her childhood. She later moved with her aunt. Despite problems around her didn’t quit education. She attended Grover Cleveland High School. It is located in New York City. Later she pursued her education in Los Angelos City College in Los Angeles, California.

She was first seen in a dance club by Spike Lee in 1988. Later she was hired from the same for her major role in Do the Right Thing. She later started a career as a dancer in later 1980s on Soul Train. She also later choreographed for the dancing group the Fly Girls who were later featured on the Fox Television comedy program in living Color.

Later she made her debut in Terrence McNally. She had her third major role in the hot comedy movie White Men can’t Jump. She also plated in Perdita Durango which had a lot of violence, sex, and nudity. She was once nominated for the Oscar for best Supporting Actress for her role in Peter Weir’s 993 films Fearless. She has also given her voice in some movie in The Road to El Dorado.

She acted as a corrupt police officer in the film Pineapple Express. She is also seen in some television series like Law and Order: Special Victims unit. She is also in Felt 3: A Tribute to Rosie Perez. She was injured while she was acting in an episode on LAW and Order in 2009.

She got her neck injured when she was forcibly shaken as a part of the scene. The injury was so severe she had to be taken to hospital and surgery was undertaken. Later even after one year when she went to meet former President Barack Obama she was seen in a wheelchair with a neck brace. Later she filed a lawsuit against the producer of the show for her injury. She is a massive fan of sport boxing. She is seen tweeting over the fights.

Rosie Perez has an estimated net worth of around $12 million, as per celebrity net worth, in 2019. Her major source of income is her role in movies and TV series.

In 2015, the actress was a cast in the movie Pitch Perfect 2 which grossed over $287 million worldwide. The movie starred Anna Kendrick and Rebel Wilson.

There is no much rumor about her dating but she shocked all her fans and everybody when in 2013 September 16 she revealed that she married artist Eric Haze the previous Sunday. Her husband is Eric Haze. Before that, she had already married to filmmaker and play writer Zvi Rosenfeld but the couple later got divorced in 2001.

She is 1.53 m tall and weighs around 52 kg. Her body measurement is 34D-23-34. Her eye color is brown.  There is not much information about her salary but she is assumed to earn enough to live a gentle life.

She is 1.53 m tall and weighs around 52 kg. Her body measurement is 34D-23-34. Her eye color is brown. Her net worth is $8 million.  There is not much information about her salary but she is assumed to earn enough to live a gentle life.