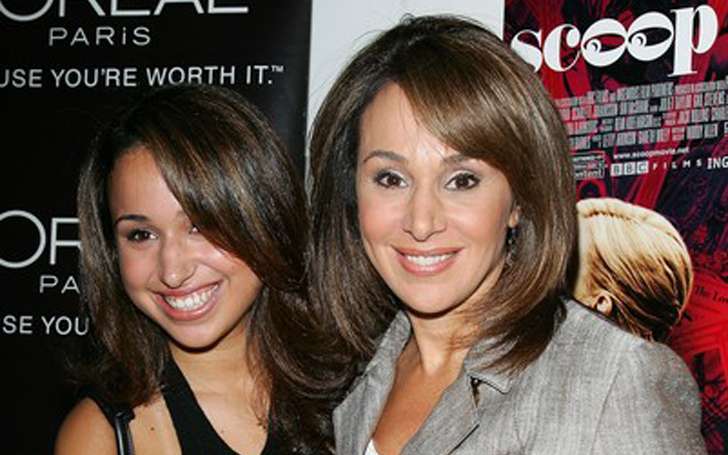 Rosanna Scotto is an American news anchor and a television journalist who works as a co-host of WNYW’s Good Day New York along with Lori Stokes. Famous as the lead female news anchor since 1990, Rosanna.

The 61-year-old meteorologist's personal life is as beautiful as her professional life. She has been in a happily married relationship with her husband Louis J. Ruggiero for over three decades and they are blessed with two children. Keep scrolling down to know more about their relationship.

Maintaining both personal and professional life is not an easy job, especially when you are a journalist. Similar is the case with Rosanna Scotto. She has been working as a meteorologist for over three decades, and during this period, she has gone to several places due to her job. In such, maintaining a healthy married life is such a difficult task, however, Scotto has been managing it successfully for 33 years.

Rosanna Scotto married Louis Ruggiero, a lawyer, in 1986. The couple has two adorable children, a son, named Louis “L.J.” Ruggiero and a daughter named, Jenna Ruggiero together. Both of their children are now adult and are developing their career.

The couple is very happy with each other and has enjoyed a brilliant 3 decades of their lives together. They are moving ahead with the beautiful memories they have created together. The lovebirds frequently go together on vacation whenever they get free from their work schedule and they share their happy moments with their fans on social media.

Meanwhile, Rosanna is a part-owner of the family’s New York City Restaurant called Fresco by Scotto. Rosanna often helps in the kitchen and greets the customers.

She attended Visitation Academy, a Catholic elementary school and is a graduate of The Catholic University of America with a bachelor degree in fine arts. Scotto is raised in a Christian and family environment.

Rosanna started her career in television at WTBS as a reporter for two local programs and an a s sociate producer of the station’s evening newscast. Later in 1982, she moved to New York City and started working as a reporter for WABC-TV’s Good Morning New York.

After a year with Good Morning New York and The Morning Show, she started hosting Eyewitness News for the station where she remained until she joined Fox’s WNYW in 1986 as a weekend anchor and reporter. Later in 1994, she started anchoring at Fox 5 News in its weekday edition.