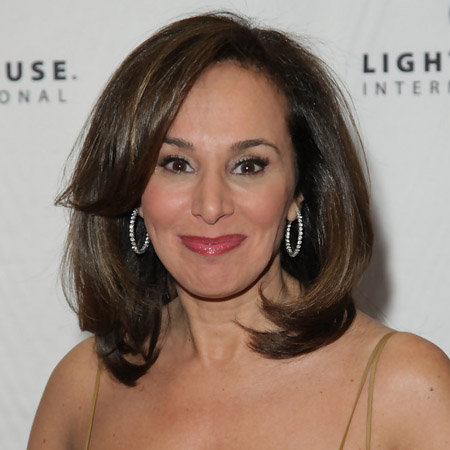 Rosanna Scotto, an American news anchor is known for her work in the WNYW and the Fox 5 Channels. She currently hosts Good Day New York with Lori Stokes. She is a female lead anchor of the Fox-owned WNYW channel.

Rosanna Scotto was born on the 28th of April, 1958 in Brooklyn, New York. She was born to famous parents Anthony Scotto and his wife. She has three siblings. She enrolled in the Visitation Academy for her education.

For her higher education, she was enrolled in the Packer Collegiate Institute in the year 1976. She also became a part of The Catholic University of America from where she obtained a bachelor’s degree in fine arts in 1980.

Rosanna Scotto is a beauty, originally from Brooklyn, who has been known particularly for her work in the WYNW Channel as well as the Fox 5 Channel. This newscaster has been involved in this profession since 1990. She belongs to White American ethnicity.

Rosanna Scotto’s career started off on television from the WTBS television. She was the reporter as well as a producer for two of its shows before she moved on to the WABC-TV where she anchored the Goof Morning New York. The show translated into Live with Regis and Kathie Lee.

Rosanna then moved on to become the reporter for Eyewitness News of the same channel. She then started off her work in WNYW-TV in the year 1986 and began her work on Fox 5 news on 1994 and has been working on both the channels in a long time.

She has also been known for her acting roles on screen, she has appeared as herself on New York Undercover and she has also appeared in the movie The Object of My Affection, Ransom, Ghostbusters and much more.

Rosanna Scotto is a married woman. She got married to a lawyer, Louis Ruggerio in 1986. The couple wed after some years of dating and they have been together ever since.

The couple has two children together. Their son named Louis L.J. Ruggerio while their daughter is named Jenna. The family resides together in New York.

Rosanna Scotto and her husband are also the owners of Fresco by Scotto which is a diner based in New York. The couple also part-time works for their own diner and seem to be happy together. It has also been known that the NY1 news correspondent Michael Scotto is her cousin.

Rosanna Scotto has the net worth of a whopping $2.5 million. Her annual salary is known to be $175 K.

Scotto is a pretty looking person with a perfect height, weight and body measurements. Her style and appearance on screen have been liked and respected by most of her fans.