Rory Fleck Byrne is an Irish/English actor, theatre performer, and composer. His movie credits include Vampire Academy, The Quiet Ones, and The Foreigner. He has also appeared in television series such as Grantchester, Midsomer Murders, and Harlots.

Rory Was Born In England But Moved To Ireland

Rory was born on June 1, 1987, in England. He moved to Ireland at age 9 with his family, where he lived in Kilkenny. He, however, moved back to England after he turned 18 to train at the Royal Academy of Dramatic Art. He enrolled at the academy in 2007 and graduated in 2010.

Rory Has Starred In "The Foreigner" Alongside Jackie Chan

Rory started his career acting in a theatre. He played the role of Demetrius/Dollabella in the play Antony and Cleopatra in the Liverpool Playhouse. He would go on to star in plays such as Cause Célèbre, Disco Pigs, and The Lion in Winter before appearing in the 2014 supernatural-horror movie, The Quiet Ones.

Following that, Rory was cast in the 2014 comedy-horror movie, The Vampire Academy, starring Zoey Deutch, Lucy Fry, and Dominic Sherwood, among others.

Afterward, Rory worked in a number of films such as Tiger Raid, and The Foreigner. He landed one of his most notable roles in The Foreigner, in which he shared the screen with legendary Jackie Chan. His latest work is in the movie, After the Harvest II, which is currently in post-production and set to release in late 2019. 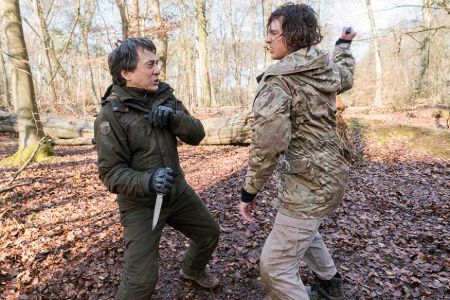 Apart from his movie roles, Rory has also made numerous guest appearances on television shows. He has appeared in such TV series as Grantchester, Midsomer Murders, Jack Taylor, Death in Paradise, and Ghosts. He also had a recurring role as Daniel Marney in the first season of the period drama, Harlots, in 2017. 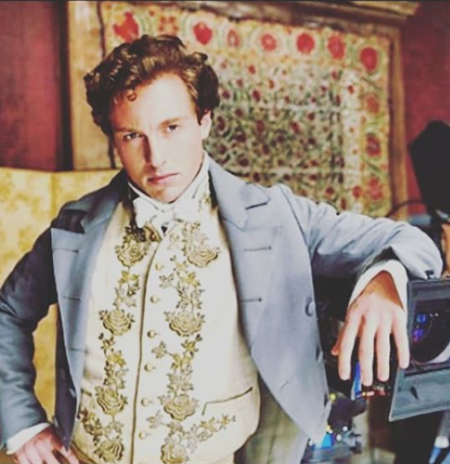 Although Rory found success in movies and television, he has not forgone his pa s sion for the theatre. A prominent feature in theatres, Rory has appeared in theatres in Ireland and England in such plays as That Face, The Vortex, King Charles III, Anna Karenina, and The Phlebotomist.

He has also appeared in voice-only dramas for the radio station, BBC Radio 4. He played Johnny Boyle in Juno and the Payc* * k, and Daniel Cohn-Bendit in Vive la Republique.

Rory's Net Worth Is Estimated To Be $400k

Rory has been a significant fixture in the performance arts community. His resume is as distinguished as it is varied. With such a diverse career, it comes as no surprise that Rory’s net worth is estimated to be around $400k. Although he is a relative newcomer, he has already had many acting credits under his belt.

With such devotion and talent, Rory Fleck Byrne undoubtedly earns thousands of dollars for each project. Even though the exact amount is not revealed, we believe he has an annual income of over $100k as of 2019, which is expected to take an elevation in the near future.

Rory Sings And Plays Guitar On His Off-Days

Actor Rory Fleck Byrne is unmarried and single as of 2019. Rory has always been secretive about his personal life, only recently joining social media platforms. In a short amount of time, he has racked up 2,413 followers on Instagram.

By far, Rory hasn't introduced anyone as his love interest publicly. He loves to spend his free time with his friends and colleagues. Moreover, he indulges singing and playing guitar and piano whenever he gets time from his hectic work schedule.