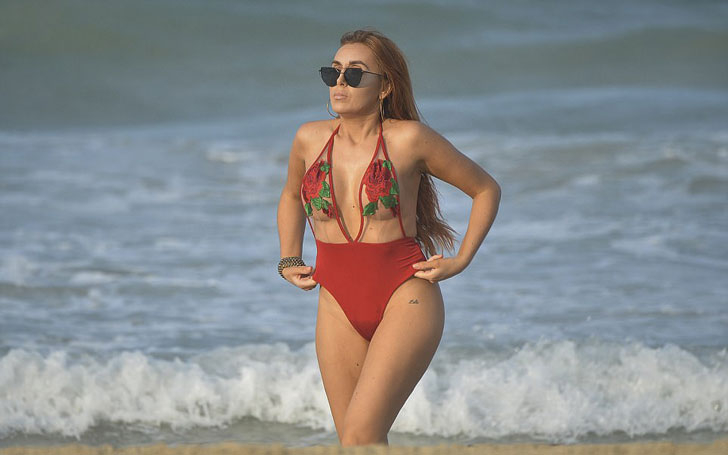 Laura Simpson has been spotted getting cozy with Jemma Lucy’s ex David Hawley shortly after enjoying a boozy night out with former Man U striker Wayne Rooney.

The new pals spotted getting close to Hawley as they left Aaron Chalmer’s MMA match in London, on Friday 15th September.

Also Read: Wayne Rooney in Ibiza with his Wife and Sons Bumps into his Man U Teammates!?

Laura flaunted her ample assets in a braless, sheer and backless red lace top while she chatted with the reality star who was in a pair of skinny jeans and a black and white sweater. Looking closely at them, they enjoyed their conversation as they were staring into one another’s eyes.

The 29-year-old lady, who kissed the Everton star Rooney on a night out earlier this month, caused a stir in a bright top at Wembley before heading back to their hotel with David. Laura told The Sun afterward:

It was all playful fun, and I’d had loads to drink, we had a kiss, a hug, and some banter-harmless fun.

Wayne has been in a married relationship with Coleen for over eight years and has three children with her. Coleen is currently pregnant with their fourth child. And meanwhile, Rooney’s romantic night out with the girl can cause a serious issue in their marital life.