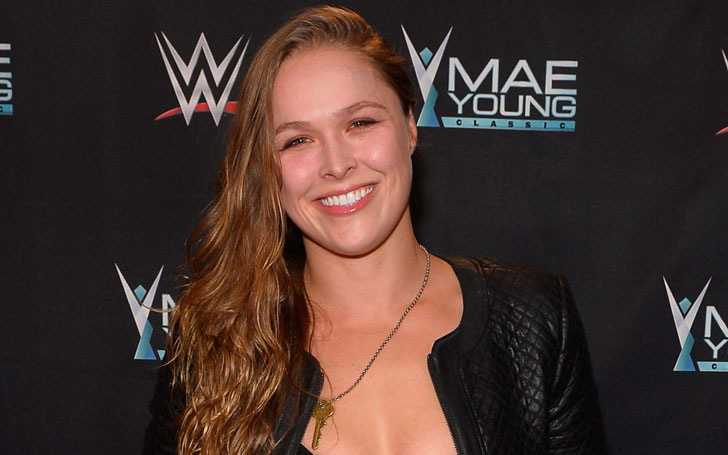 Former UFC bantamweight champion Ronda Rousey has revealed what her fans and the media have been speculating for months. Rousey has confirmed that she agreed to the terms with WWE to perform for as a full-time professional wrestler.

The WWE announced Rousey, 30 signed the contract with the company just after the WWE Royal Rumble 2018 concluded where Rousey made her WWE debut. Later, WWE took to Twitter to confirm Rousey's place in the WrestleMania 34.

Rousey told ESPN's Ramona Shelburne after the show that:

THis is my life now. First priority on my timeline for the next several years. This is not a smash-and-grab; this is not a publicity stunt.

When I first met with Triple H, I told him, 'There are other things I can do with my time that'll make way more money, but I won't enjoy nearly as much.

It's funny-it's kind of like acting, in that it was something I always wanted to do but I never thought was in the cards for me. And now that I realize I really do have this opportunity, I feel like my 6-year-old self would totally kick my ass if I didn't take it.

Rousey immediately pointed at the WrestleMania sign and went to shake Asuka's hand before heading to ringside to shake the hand of WWE COO Stephanie McMahon before waving to the crowd, hitting some fans' hand and leaving.

Rousey's last appearance in the WWE ring was in the WrestleMania 31 where she reached to aid The Rock in a confrontation with McMahon and Triple H.

Rousey began her career in MMA with a 12-o record and she defeated five consecutive women in less than 70 seconds (66) in defending her title from 2013-15.