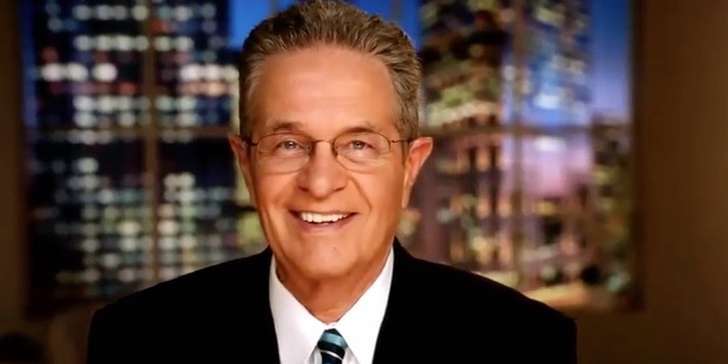 Ron Magers one of ABC's most privileged and oldest anchors made it official Thursday that after 51 years in television news including more than three decades as an immensely popular and respected anchorman in Chicago. He is said to be retiring from ABC-owned WLS-Channel 7.

Ron Magers said, "I’ve been a night worker in television all of my adult life,” Magers said. “It’s time for a leisurely dinner and maybe a movie or the theater.” The announcement of his plans to step down voluntarily was disclosed earlier this February. Magers is a native of San Bernardino, California. He grew up in Cordova, Alaska, and Ellensburg, Washington, and began his television career in 1965 as a reporter for KEZI, the ABC affiliate in Eugene, Oregon.

He later anchored for KGW, the NBC affiliate in Portland, Oregon; KPIX, the CBS-owned station in San Francisco, and KSTP, the ABC affiliate in Minneapolis-Saint Paul. He later came to Chicago in 1981 to join NBC-owned WMAQ-Channel 5, where his co-anchors included Max Robinson, Deborah Norville, Linda Yu and, most notably, Carol Marin. Later in 1997 Magers and Marin resigned from NBC 5 over management’s decision to employ talk show host Jerry Springer as a commentator on the 10 p.m. newscast. With three years left on a multimillion-dollar contract, Magers walked away on principle. The following year Magers joined ABC 7, where he succeeded the legendary John Drury as the station’s 5 and 10 p.m. anchorman.

In the 18 years since every newscast he has anchored has been No. 1 in the ratings. Among colleagues and peers, he’s widely considered the best in the business. Magers is reported to be replaced by Alan Krasheky, a 34-year-old who will be co-anchoring with Cheryl Burton and Kathy Brock. Magers is married to his wife Elise Magers and he has two children from the marriage.