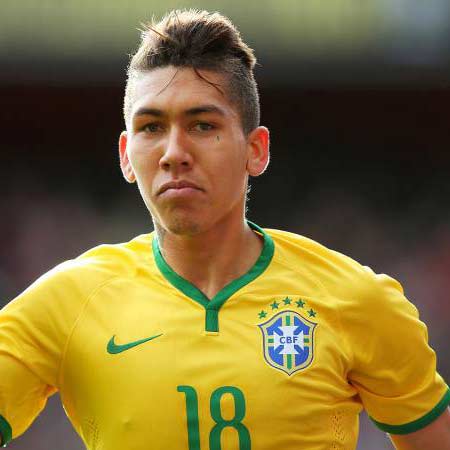 The integral part of Jurgen Klopp's counter-intuitive football Roberto Firminho plays as no.9 in high pressing and free-scoring Liverpool side. He along with Sadio Mane and 2018 PFA player of the year Mohammed Salah known as "Fab three" combined have scored more than 50 goals in 2017/18 season. At the beginning of his Liverpool career, he played as a winger but he caught his scoring form when was deployed as a striker in the false no.9 formation. He has that Brazillian flair, trickery and according to former Arsenal player, Thiery Henry, he is the most complete striker in the premier league. Nicknamed as Bobby by the Liverpool fans he played important role in helping Liverpool reach the final of 2018 Champions Leauge final in Kiev.

He then joined youth team of Figueirense in 2008 in 17 years of age. He made his professional debut for the club on 24 October 2009  in a 1-2 home loss against Ponte Preta for the Serie B Championship. He scored his first professional goal on 8th May 2010 in an away win against Sao Caetano. In 2010 season he scored 12 goals in 51 appearances as Figueirense were promoted to the first division after two years of absence.

Firminho joined German club Hoffenheim in winter transfer of 2010/11 season. He made his debut against Mainz on February 2011. He scored his first goal for Hoffenheim against Eintracht Frankfurt in a 1-0 victory.

He was dropped on the bench for some disciplinary issues at the end of the season. He had an excellent 2012/13 season scoring seven goals in 36 appearances. However, his breakthrough season came in 2013/14 season in which he scored 16 goals in Bundesliga and was also name Bundesliga 's breakthrough player.

On 23 June 2015 Firminho was transferred to the English club, Liverpool on a fee believed to be around $39 Million.  He made his debut on pre-season friendly away to Swindon town 2nd August 2015.  He made his league debut week later in a 1-0 win against Stoke City.

He scored his first goal for Liverpool in a 4-1 win over Manchester City.  His first six months was not productive as he could not link up with the forward Christian Benteke. However, after the start of 2016, he was deployed as false no.9 and gradually his form improved. He finished the debut season for Liverpool with 10 goals. 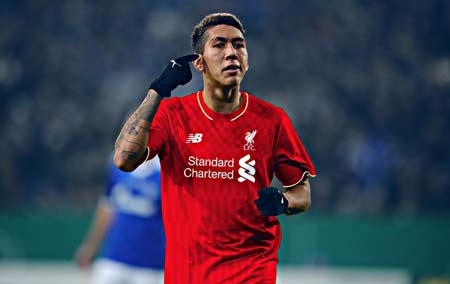 At the start of the 2017/18 season, Firminho played as regular no.9 for Liverpool also switching his jersey to no.9 from 11. He showed his best form at 2017/18 season scoring 27 goals as free-scoring Liverpool reached the Champions League final.

On 23 October 2014 Firminho was called up for his National team which he considers a dream fulfilled. He played his debut game against Turkey in a 4-0 win in International friendly. He scored his first goal against Austria in a 2-1 win. He was also included in Brazil's squad in Copa America Centenario 2016. He scored the 2nd goal in a 2-1 win against Venezuela. 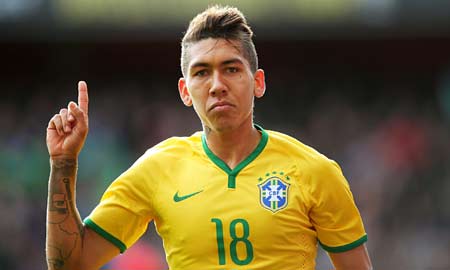 He is also included in 23 man squad of Brazil National team in 2018 FIFA Worldcup Russia.

Roberto Firminho receives $134,967 per week as a salary from Liverpool FC.  His estimated net worth is to be around $32 Million which he has earned mainly through club salaries and various endorsements.  He is sponsored by Adidas.

Currently, he lives in a mansion in Mossley Hill, Liverpool which is estimated to be worth $3.5 Million. His car collection includes Audi, Range Rover, Ford Mustang GT and Aston Martin. He has also bought a $242,505 worth Red Ferrari 458 Italia.

Roberto Firminho is a lover of tattoos and is inked all over the body which is mostly dedicated to his family. He is a fashion icon in Brazil and loves to shop and wear new available brands in the market.

He is mostly controversy-free but due to his drinking and driving his license has been suspended for a year by Liverpool Magistrates Court.