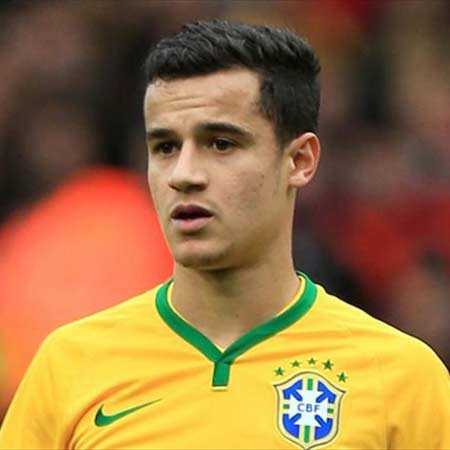 Philippe Coutinho is Brazillian Playmaker who plays for Spanish giants FC Barcelona.Once labeled as the new Ronaldinho and future of Inter he could not live the hype during his Inter Career. But a loan to Espanyol and transfer to Liverpool rejuvenated his skills and made him one of the sought out midfielder Maestros of the generation. A long transfer saga finally came to an end when he was sold to Barcelona in January 2018 which he often referred as a dream move.

A bright prospect during his youth career at Brazil he was excluded from the Brazillian team during 2014 World cup which saw humiliation 7-1 loss to Germany. With a World cup 2018 Russia on the horizons and stellar performance with Barcelona, Coutinho may have a chance to restore the glory and dominance that Once Brazil had in the International soccer.

Philippe Coutinho Correia was born on June 12, 1992, in the lively city of Rio De Janerio in the northern district of Rocha to father Jose Carlos Correia and Mother Esmeralda Coutinho. He was youngest of three children and often followed his brothers to local concrete pitch near the famous Maracana stadium to play football. Seeing his unreal skills in pitch Coutinho's friend's grandmother insisted him to join the local club which was later followed by trial and selection in the club Vasco De Gama.

Coutinho was a star player in Vasco De Gama youth system and was later called for selection in Brazil under 15 football team. His progress in pitch was scouted by Italian giants Internazionale and bought him for $5.5 million in July 2008 when he was just 16 years old.  He, however, stayed in Vasco De Gama as for two more years as he was prohibited to play in Italy until 18 years. In his 43 appearances for Vasco De Gama, he scored five goals at 2010 season which helped the team to promote in the first division.

After his transfer to Inter, he was labeled as New Ronaldinho. He made his debut for Inter on August 27, 2010, in the 2-0 defeat against Athletico Madrid in 2010 UEFA super cup. His hyped surrounding new Ronaldinho did not meet the expectations, and he fell out of starting line up eventually returning to a 3-2 win against Bayern Munich in Champions league. His first goal for Inter came in 3-1 win against Fiorentina in which he curled free kick in the top corner. In his 47 appearances for Inter, he scored five goals and was send to loan to Espanyol in 2012-013 season in which he made 16 appearances and scored six goals.

After good performances for Espanyol, he was transferred to English club Liverpool for $11.8 Million and was given no. 10 shirt. He made his debut for Liverpool on 11 February 2013 replacing Stewart Downing in the match against West Bromwich Albion. In his first full debut against Swansea, he scored his first goal for Liverpool. In his debut season for Liverpool, he scored three goals in 13 appearances.

The 2013-14 season was a revelation for both Coutinho and Liverpool who nearly won the Premier league title coming out 2nd at final days of the season. He scored important goals against Manchester City and Tottenham Hotspurs. At the end of the season, he made 37 appearances for the club and scored five goals.

From 2014-15 season Coutinho was the first name on the team sheet and eventually, his performance on the pitch was also improved to world class level. He scored eight goals for the club and was even included in the team of the season for his stellar performances. He was also nominated for grand prize PFA player of the season but lost to Eden Hazard. 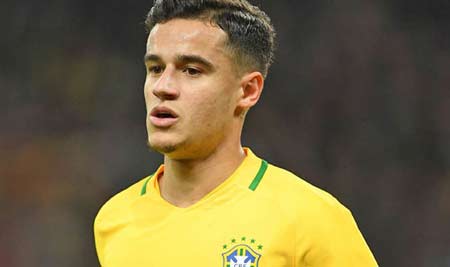 In 2015-16 season Coutinho scored 12 goals in his 43 appearances for the club and was rumored as a transfer target for various European giants such as Real Madrid and Barcelona. In 2016-17 season his performances on the pitch improved massively and scored 14 goals for the club in his 36 appearances.

During the summer he became subject to transfer to Barcelona which he also reported dream move but Liverpool blocked incoming transfer approaches. At the start of the 2017/18 season, Coutinho was benched due to his forced move to Barcelona. He made 20 appearances for the club transferring to Barcelona at winter transfer break and scored seven goals in the league. In his 201 appearances for Liverpool, he scored 54 goals. 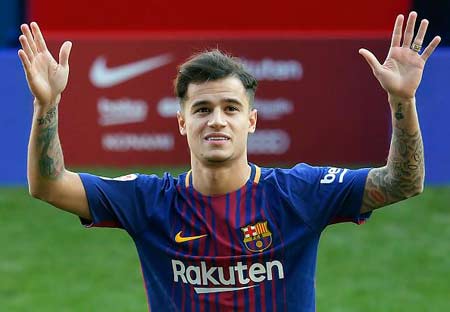 After his transfer to Barcelona, Coutinho became biggest English transfer with staggering $142million including various clauses. He made his debut for Barcelona in a 3-2 win against local rivals Espanyol and scored his first goal against Valencia in Copa del Rey semis.

Early from his youth ranks, Coutinho made an impression on Brazillian National team scoring three goals in 2009 South American Under 17 football championship. He made his first senior debut for Brazil National team in a friendly match against Iran in 2010.

Unfortunately for Coutinho, he was not selected in 23 man squad for Fifa Worldcup 2014 by former coach Luiz Felipe Scolari in which Brazil lost with Germany 7-1 in the Semis.  But after the arrival of Dunga as a new head coach of Brazil, he was included in the squad for 2015 Copa America. He scored his first goal for Brazil on 7 June 2015 in an International friendly against Mexico. In 2008 World Cup, Coutinho scored a goal in Brasil's first match against Switzerland.

During his time at Liverpool, Coutinho's salary was around $279,000 per week. But after staggering transfer of $142 million to Barcelona his salary was also increased to estimated $335,000 per week. It is reported that his net worth is around $60million.

Coutinho is never shy of crediting his family for his incredible achievements. When he moved to Inter at the age of 18, he was joined by his parents and girlfriend Aina.

He has a tattoo dedicated to his family and is a one man woman. He married his longtime girlfriend, Aina in summer of 2012 whom he met during his teenage years at Brazil.

It seems the pair have a healthy relationship as Aina is always there to support Coutinho either during his football game or in social media. The pair is blessed with a baby girl and has named her Maria.