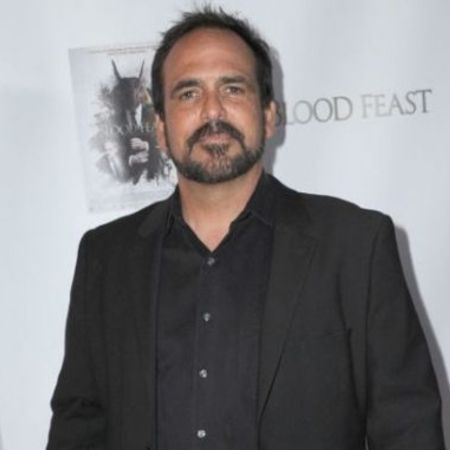 Robert Rusler is an American actor and producer who gained fame for his role as Ron Grady in the horror movie A Nightmare on Elm Street 2: Freddy's Revenge. The Vamp actor has appeared in the hit television movies and films like Stephen King's Sometimes They Come Back and Shag.

The 54 years old television actor is married to his longtime girlfriend-turned-wife Erin Louise Jellison. Secretive Robert did not disclose the information regarding her wedding date and ceremony but is now leading a healthy conjugal life. 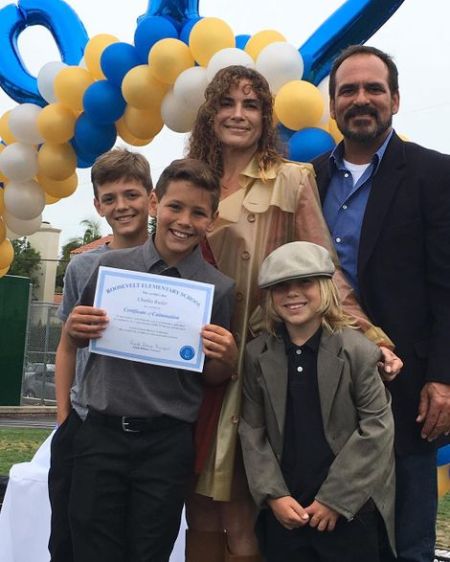 In addition, Robert is active on social media platforms including Twitter, Facebook, and Instagram, where he posts pictures and videos with his partner, sons, friends, and co-stars.

Does Robert Rusler Have A Big Bag Of Net Worth?

The veteran television actor has worked in several hit television series and movies in his glorious acting career. Robert's net worth is $1 million, as of 2019. His acting career is the main source of income from which he earns a hefty figure of salary.

As reported, the average payroll of an American actor is $45,000-50,000 in a year. Hence, he might be receiving in the same range or more than the reported figure. He owns an impressive property empire and lives a lavish lifestyle.

Some of his notable works in the movies with the box office collection and budgets are given below:

The 53-year-old actor started acting career in 1985 appearing in a role in a hit comedy movie Weird Science along with his co-stars Anthony Michael Hall, Ilan Mitchell-Smith, Kelly LeBrock, and Bill Paxton. In the same year, he played a role as Ron Grady in the horror movie A Nightmare on Elm Street 2: Freddy's Revenge.

Robert appeared in television series, including The Outsiders, Angel Falls, and hit science fiction series Babylon 5 as Warren Keffer in season 2 (1994–1995).  In 1995, he played in Wing Commander IV along with Mark Hamill and Malcolm McDowell.

Robert also made guest appearances on television shows like The Facts of Life, Snoops, Cold Case, Medium, The Unit, The Closer, 24, Navy NCIS: Naval Criminal Investigative Service, and Enterprise in the season 3 episode Anomaly as Orgoth. Additionally, he played in a Heineken commercial directed by Oliver Stone.

Robert Rusler was born on September 20, 1965, in Fort Wayne, Indiana, the United States to parents Maria Elena and Richard C. Rusler. He holds an American nationality and belongs to a white ethnic group.

During his childhood, he moved in Los Angeles along with his family where he enrolled in Martial Arts. After his schooling, he studied acting classes at the Loft Studio.