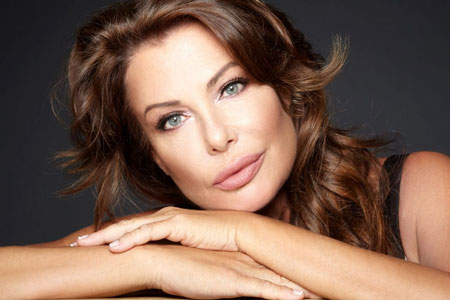 Starting modeling career at the age of 16, Kelly LeBrock quickly found tremendous success in this field after she featured in a 24-page for popular fashion and lifestyle magazine Vogue at 19. After working for many reputed brands and publications, LeBrock switched to acting and reached the height of her career when she scored her iconic role in the huge hit movie The Woman in Red (1984). After her appearance in the film, she also became one of the biggest sex symbols of the '80s. Similarly, she is known for her work in Weird Science, Wrongfully Accused, The Sorcerer's Apprentice, and many others.

Kelly LeBrock was born on March 24, 1960, in New York City, United States of America. She is the daughter of Harold Arthur Le Brock, a businessman, and Mary Cecilia Traynor.  She spent most of her childhood days in the swanky neighborhood of Kensington, in London. She had a brother named Harold who died of cancer in the year 2008.

Her acting mentor Gene Wilder was her surrogate father after she lost her father. They were close friends until Wilder's death on August 29, 2016. LeBrock is an American as per nationality, and regarding her ethnicity, she has a mixed ethnical background as her father was French-Canadian and mother is Iris.

Initially, Kelly LeBrock started her career as a model and promptly found immense success in the modeling arena. She gained fame after she graced a 24-page feature for American Vogue at the age of 19. Subsequently, the model featured on numerous magazine covers and in fashion spreads.

Furthermore, Kelly has featured on the cover of Harper’s Bazaar and among others. She achieved tremendous popularity as the Pantene shampoo commercial spokeswoman which made the line; “Don’t hate me because I’m beautiful” become a pop-culture catchphrase.

After LeBrock's instant success with modeling, she made her smooth transition into acting. It was also a fantastic start for her when she took the lead role in movies The Woman in Red (1984) and Weird Science (1985). After her breakout roles in such massive hit movies, the actress became the sexiest women in Hollywood in the 1980s. 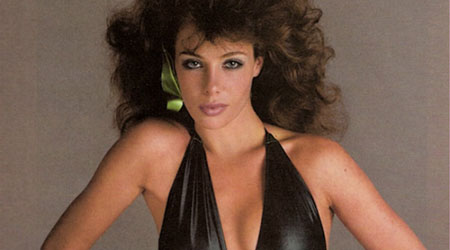 LeBrock, nonetheless, took a hiatus for a few years from the mainstream and made her came back in 1990 with a movie Hard to Kill playing opposite her then-husband Steven Seagal. The actress landed many roles in a series of hit movies which are Wrongfully Accused (1998), The Sorcerer's Apprentice (2002), Zerophilia (2005), and more.

Prior to movies, LeBrock also worked on television. The actress, in 2004, was a cast in the series Hell's Kitchen along with Gordon Ramsay, Jean-Christophe Novelli, and more.

Kelly LeBrock has an estimated net worth of around $2 million according to Celebrity net worth, in 2019. The multi-talented woman has made such a good amount of money from her various works, especially from many movies she featured in and various modeling gigs.

In 1985, LeBrock played a role in the movie Wired Science which grossed over $38 million worldwide. For her work as a model in many well-known brands and magazines, she was paid a handsome amount of salary too.

Kelly has a house in Sant Yenz, California.

Kelly LeBrock has been married thrice and has three children. She first married boyfriend turned husband Victor Drai in 1984. Her ex-husband was an actor, film producer, as well as a successful restaurateur. The couple later moved to Paris and hit their romance watching a bunch of French films together. Daria just after the trip produced the critical acclaim The Woman in Red in which Kelly was a lead.

After the movie was turned out to be a huge hit, the actress became a sex symbol in the 1980s. Just after a couple of years of their marriage, the two were headed for a divorce. LeBrock following their divorce went on to marry action star, Steven Seagal. The couple first met in 1986 in Japan. And they first introduced to each other through her publicist, Dick Gutman. 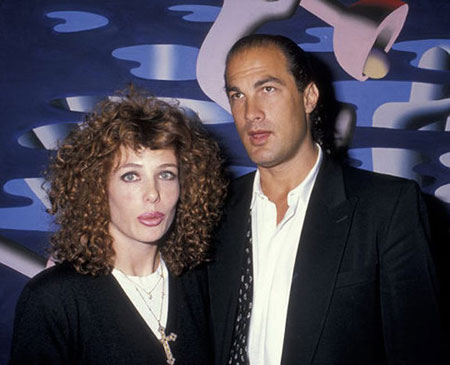 The two tied the knot on September 1987, in an intimate wedding ceremony.  The couple welcomed their first child, a daughter Annaliza Kelly Seagal, on May 20, 1987. Kelly gave birth to their second child, a son Dominic San Rocco Seagal, on June 21, 1990. They also have a  daughter Arissa Le Brock, was born on July 24, 1993.

Arissa has also followed her mother's footsteps. She posed for the plus-size retailer, Ashley Steward. Together, she and her mother appeared in a 2017 reality TV series, Growing Up Supermodel.

Kelly LeBrock, however, filed for divorce citing irreconcilable differences, in 1994. And they finalized their divorce in 1996. After a highly-publicized divorce with Seagal, LeBrock married for the third time to former investment banker Fred Steck, and the couple has been still together.

LeBrock currently resides on a ranch in California's Santa Ynez Valley along with her children and husband. From the past few years, the actress is away from the limelight and occasionally appears in Hollywood.

Kelly LeBrock has been a part of many non-profit organizations across the United States. After her brother Harold's death in 2008, she dedicated her time to helping the terminally ill. Likewise, she is a celebrity spokeswoman for Club Carson helps the terminally ill.