Robert Pugh is a Welsh actor well known for his role as Craster in HBO's Game of Thrones. The actor, who turned-professional in 1976, has notable appearances in films such as Master and Commander: The Far Side of the World, Robin Hood, Kingdom of Heaven, and more.

How Old Is Robert Pugh?

He graduated from Rose Bruford College in 1976, followed by his training at Mountview Academy of Theatre Arts. He holds dual nationalities of Brtish-Welsh.

He first found his pa s sion to be an actor after watching the spy film From Russia with Love at a cinema hall based in Treforest alongside his cousin.

He made his on-screen debut, appearing as John in the television series Angles in 1976. He appeared as Sapper Powell in the miniseries Danger YXB in 1979.

From 1986-1987, he starred as Andrew Ponting in the series Casualty. Similarly, he acted as Michae Haig in the miniseries Thin Air in 1988.

His other television series and television movies include Chain, Inspector Morse, Telltale, and Thicker Than Water. In 1995, he landed the role in the miniseries Resort to Murder. 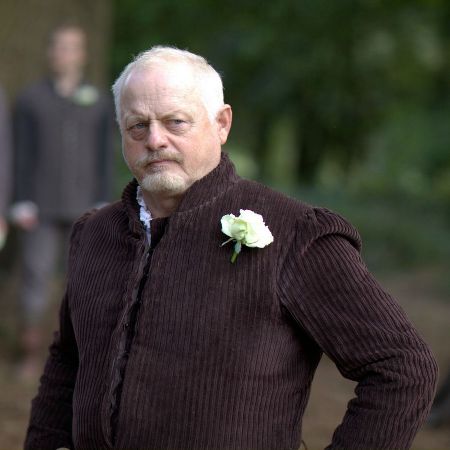 Likewise, he was seen as Handl in the miniseries Drovers' Gold in 1997. From 1997-1999, he was featured in the series The Lakes. His other notable television series are Clocking Off, In a Land of Plenty, and Walking the Dead.

In 2003, he played Mr. Allen, Master in epic period war-drama film Master and Commander: The Far Side of the World. He then starred as Richard Rycart in the political thriller film The Ghost Writer in 2010.

The same year, he went on to star as Baron Baldwin in the adventure film Robin Hood. From 2012-2013, he portrayed Craster in HBO's Game of Thrones starring Mark Addy, Lena Headey, Michelle Fairley, and more.

His other critical acclaim roles came in series like Mr Selfridge, Silent Witness, Vanity Fair, and films such as Eternal Beauty, Canaries, and Colette.

Robert Pugh has gathered a considerable amount of riches from his decade-long acting career. Some of his movie's box office collection with their budget are given below-;

Who Is Her Wife? Does He Have Kids?

Since Robert Pugh is low key person, he hasn't revealed much about his marital relationship. He is married to a lady named Maggie Pugh, but their marriage date and details are still unknown.

As per some resources, they have three daughters. However, the facts need to be verified. Taking about his social media presence, he is also active on self-titled Twitter, where he has gained 1 thousand followers.