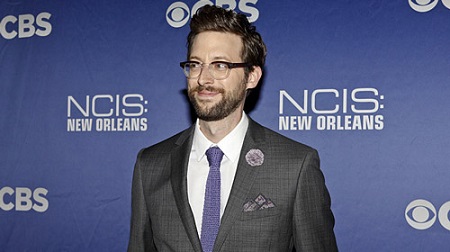 Rob Kerkovich is an American TV and film actor who rose to fame after his breakout role in the hit TV series NCIS New Orleans. The actor is also credited for his work in movies like Cloverfield, The Rebound and Still Waiting.... Likewise, he worked as a writer for ABC's Happy Endings.

Rob Kerkovich was born on August 11, 1979, in Springfield, Massachusetts, in the United States of America. He spent most of his early days in his hometown Springfield along with his family. Information about his parents and siblings are still missing.

Rob did his schooling from the St. John's Preparatory School.

In the following year, Rob went on to appear in the American romantic comedy The Rebound. He gained massive fame after his finest performance in the highly anticipated TV series NCIS New Orleans. He shared the screen alongside Scott Bakula, Lucas Black, and Zoe McLellan in the series.

Furthermore, the actor made an appearance in the movie Still Waiting.... Besides, Kerkovich also worked as a writer of ABC's Happy Endings as well as featured in a few episodes of the show

Rob Kerkovich has made a good amount of money from his acting career. As per estimation made by various online sources, Rob's net worth is around $500k, in 2019. His major source of income is his work in movies and TV series.

The actor was cast in the film Cloverfield which grossed a whopping box office collection making $170 million worldwide against $25 million budget. The movie generally received positive reviews from film critics. He, likewise, played a role in a movie The Reboud which also made over $21 million worldwide at the box office.

The actor owns a house in Los Angeles, California, United States. It's worth maybe in $million.

Rob Kerkovich is a married man. He tied the knots with his now-wife Anjali Prasertong, in 2011. His spouse Anjali is a food writer and a former personal chef. She left her personal chef job in order to start a masters program in Nutrition at California State University Northridge.

The loving couple is also blessed with one child, a son named, S.S. Kerkotong. They have been together since 2011 and still living happily in Los Angeles with their kid.

The two are also passionate about philanthropy work and supports the LGBTQ community.