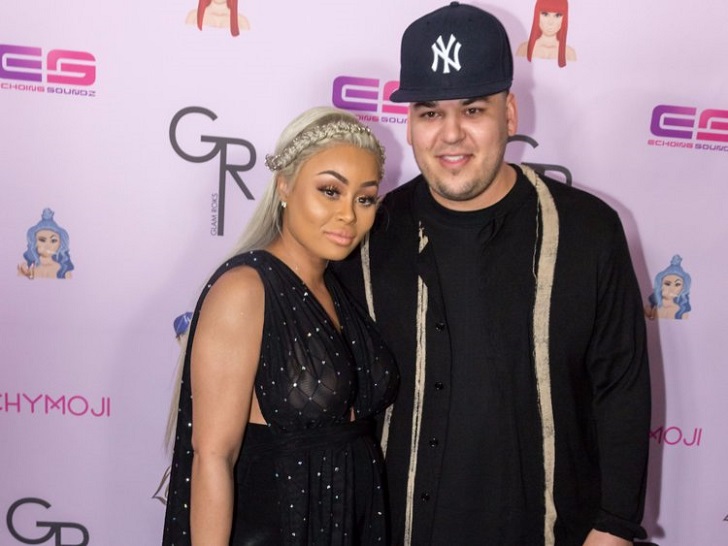 There isn't a single day where we see Kardashians not trending on Twitter. Kim Kardashian’s brother Rob Kardashian has had his Instagram account suspended after posting explicit pictures of his ex-fiancée Blac Chyna without her consent.

These photos were punctuated by screenshots of him fulminating on his phone about how terrible behavior Chyna showed towards him and his children. He also claimed she’d send him a video of her cheating on him with another man.

He wrote: "Today Chyna sent me a video after I just bought her 250K of jewelry. She sends me this video... of another man in our bed."

The first thing he uploaded was a video of Chyna kissing another man, that, according to him, she sent him yesterday, on 4th July.

He also posted a number of screenshots of messages from someone allegedly explaining that she'd cheated on him.

He again posts another picture which Chyna sent him, he captioned the picture as "This is from Chyna yesterday to me. I’ve never been so disrespected in my life. I just bought her 250K of jewelry yesterday. This woman is so disrespectful and I don't care."

Before having his Instagram shut, Rob made a series of other claims about the model too.

Rob then posted a picture of Chyna saying that she had plastic surgery (that he paid for her) after the birth of their daughter Dream last November.

He also accused her of taking drugs in front of their children.

Kardashian also claimed that Chyna had a drinking and drugs problem

Later Kardashian took to Twitter at about 12:35 p.m. to state that his Instagram account had been shut down and then continued posting other images and videos.

Rob concluded his Instagram message by thanking his late father, Robert Kardashian, "for watching down on me and showing me this."

He also posted another picture on Instagram with the caption, "I'm a savage and I always have been and I always will be and I don't give a f--k," the reality star, 30, wrote. "All u may think my daughter may see this one day and I hope she does cuz this ain't love. I never want my daughter to be raised by a woman like Chyna who cheats and does drugs and alcohol with my baby in the house. Chyna has been like this long before me but I chose to love all of her cuz I don't judge."

The posts could be legally problematical because, in 2013, California lawmakers passed a law penalizing what is known as “non-consensual p*rn*graphy.”

A violation of the law is a misdemeanor resulting in up to six months in jail and $1000 fine.

Blac Chyna also responded to the allegations with a snapchat post, which has since been deleted.

Chyna's lawyer, Walter Mosley, told ABC News that as this is an illegal and a very serious issue in the US state, Chyna is considering taking legal action against the filthy act that his ex-fiancee has shown.

The couple separated in February this year after welcoming their baby daughter Dream in November. US Weekly reported that multiple sources have confirmed the split with one online source stating that Rob thinks that he took the right decision.