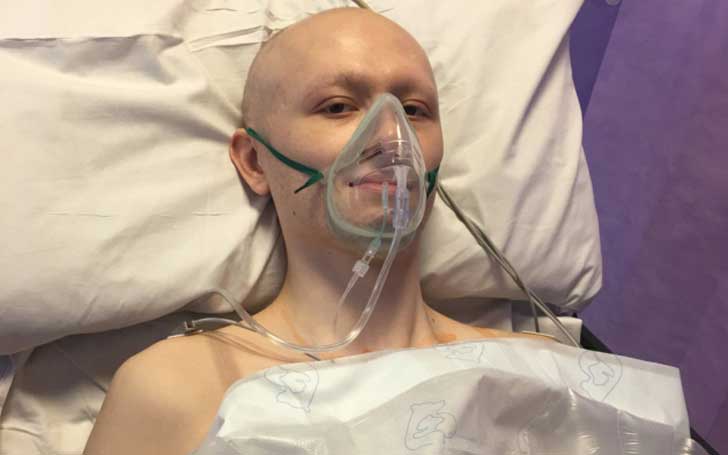 Rising pop singer and protege of Charli XCX, Billy Clayton died at the age of 22 after a long battle with bone cancer. The singer's death was announced on Thursday, 28th March in a Twitter post.

Billboard reported Clayton had been suffering from Ewing's Sarcoma, an aggressive form of bone cancer which made him unable to sing in the last few months of his life.

In a sad tweet, Clayton's mother Becky Clayton revealed he died peacefully in his home on Tuesday evening. She wrote:

He held on for so long and had more strength than anyone could ever imagine.

She wrote how her son battled cancer for over four years in a lengthy post on Twitter where she announced her son's death. Here is the post:

In his short-lived music career, he had released two EPs, Luminary and Bloom. Most recently, Clayton released a single Fear where he described his inherent fear of dying before he debuted as a singer.

In 2018, singer Charlotte Emma Aitchison aka Charli XCX performed a benefit concert at The Billy Ball to raise money to help Clayton fight his illness as well as to raise awareness of Ewing's Sarcoma. Other artists like Charlie Hanson, Zolita, Vincint, Bronze Avery, Daya among also performed at the event.

Talking to Billboard last December, Clayton said he would continue to pursue his dreams irrespective of his illness. He said,

I do this because I believe it's what I'm meant to be doing.

The drive is from a place of enjoyment, excitement, passion and generally the need to be a creative individual.

Several stars including songwriter/singer Jesse Saint John and singer Allie X paid tribute to the late singer on their social media after the death news was flashed.

I love you so much @4BILLY4 it’s all for you. Thank you for sharing your art w me. Thank you for YOU!! Strongest most talented guy. Super proud of you & cant wait to collab like I always knew we would.

Clayton was diagnosed with the rare form of cancer four years ago when he was only 18. Rest In Peace Clayton!!!