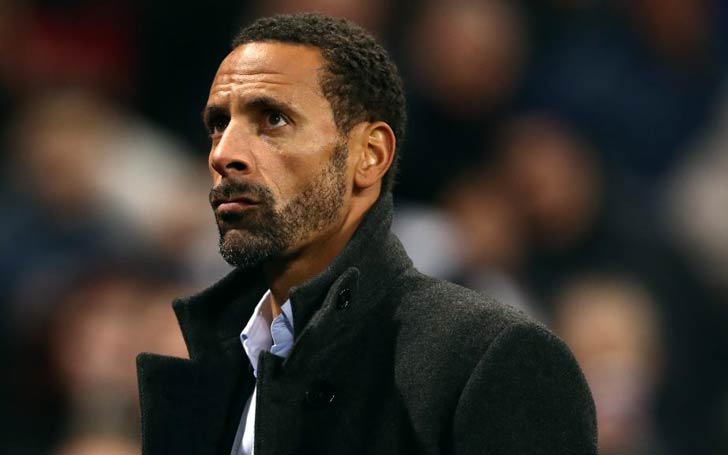 Former Manchester United defender Rio Ferdinand was close to tears when he dedicated the BAFTA for Best Single Documentary to his late wife Rebecca Ellison. 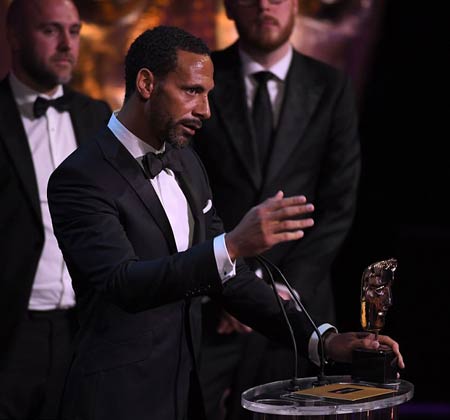 The 39-year-old ex-footballer won the award for his BBC documentary Rio Ferdinand: Being Mum and Dad and he paid tribute to Rebecca in his acceptance speech at The Royal Festival Hall in London on Sunday. 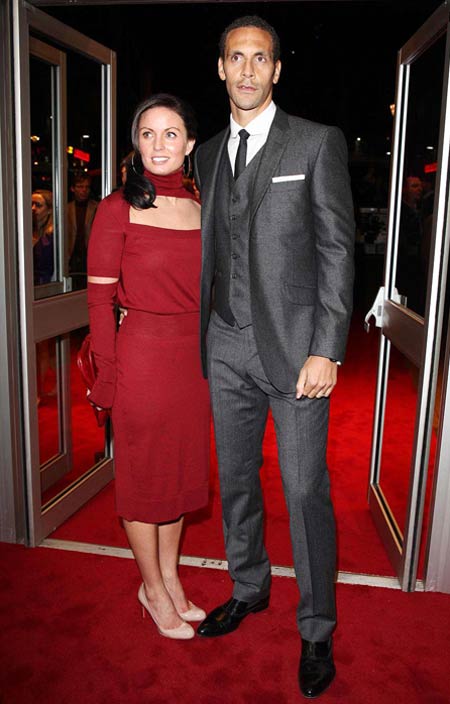 Ferdinand said in his acceptance speech,

I'm normally quite used to picking up trophies. Thanks to BAFTA and all the other nominees, but also to BBC for believing in the project, all the guys at New Era, the management team, it's been quite a crazy whirlwind experience.

I didn't do this for any other reason other than my three kids, The worst thing to come out of this is that I get quite emotional now. I'm not quite used to it.

Rio went on to talk about his new girlfriend Kate Wright,

This documentary has propelled me forward into a period of happiness where my kids are happy I've got a beautiful girlfriend. Thank you, BBC, thank you very much.

It was the first time that Ferdinand and former TOWIE star Kate made their first public appearance as a couple which comes 16 months after they first met at a barbecue in Dubai in January 2017. 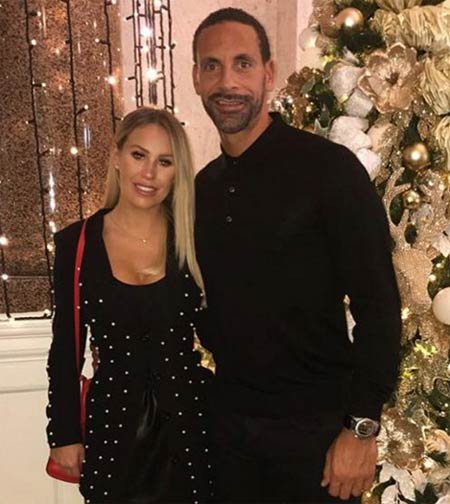 Kate, announcing the decision to quit her show last year, talked about her relationship as:

I'm taking a step back from the public eye, I want to keep my life private as I lived my previous relationship on Towie, my priority right now is Rio and the family.

Ferdinand's ex-wife Rebecca died of breast cancer in May 2015 when she was aged 34. Ferdinand and Ellison had been in a relationship for around a decade before her untimely death. The couple shared three children together; Tia Ferdinand, Lorenz Ferdinand, Tate Ferdinand.