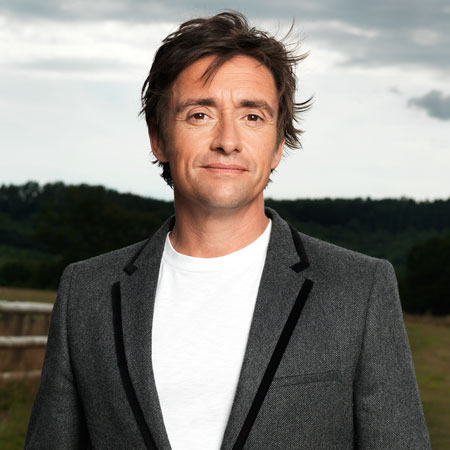 Richard Hammond is a professional journalist, presenter, and writer, better known for co-hosting Top Gear, a motoring program that telecasts in the BBC 2 channel..

Richard Hammond moved to the North Yorkshire cathedral city of Ripon with his family, where his father started a probate business in the market square. He attended Blossomfield Infant School in Shirley at the age of three. He then attended Solihull School and later moved to Ripon Grammar School.

Look at the awesome car collection of Richard Hammond in the video below:

He attended Harrogate College of Art and Technology in 1986. He graduated from the college in 1988. Richard Hammond worked for several BBC radio stations after graduation. Some of the major stations where he worked include Radio Cleveland, Radio York, Radio Cumbria, Radio Leeds, Radio Newcastle, and Radio Lancashire.

He made his debut as a presenter on Top Gear in 2002. His fans and co- presenters on Top Gear called him "The Hamster" due to his name and comparatively small height. Richard Hammond's nickname was further reinforced on three separate occasions in series 7, when he ate cardboard, mimicking hamster-like behavior.

Hammond suffered a motorbike crash while filming in September 2006 in Africa. He was filming in a remote part of Mozambique when he fell and banged his head. He spent five weeks in a hospital and was in critical condition.

Richard Hammond returned in the first episode of series 9 on January 28, 2007, where he was welcomed like a hero with dancing girls, aeroplane-style stairs, and fireworks. He became the first presenter of a British entertainment doc u mentary, Brainiac: Science Abuse in 2003. Later, Jon Tickle and Charlotte Hudson joined him in series 2.

He no longer presents for the Sky 1 show after the fourth series and signed an exclusive deal with the BBC. Richard Hammond has presented the first episode of a new series; Richard Hammond's Engineering Connections on the National Geographic Channel.

He faced another crash of his life while filming with The Grand Tour in 2017. Richard Hammond was badly injured and become unconscious when he came off a motorbike.

Hammond has reached the age of 47. He is a married to Amanda Etheridge and has two children, Isabella Hammond and Willow Hammond. He currently lives in a mock castle in Herefordshire with his wife and children. He also has an apartment in London.

Besides his professional career, he also plays ba s s guitar on which he accompanied the other Top Gear presenters alongside Justin Hawkins on Top Gear of the Pops for comic relief in 2007.

Richard Hammond's hobby also includes riding a bicycle as he likes to ride his bicycle in cities.

He stands 5 feet 7 inches tall, which is a good height. He has great earning from his work and has maintained a wonderful net worth of $25 million.

He is presently a vice-president of UK children's brain injury charity The Children's Trust, Tadworth.