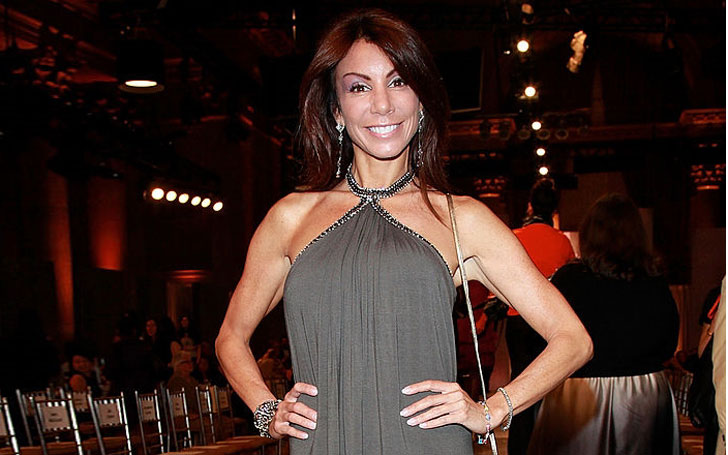 Danielle Staub, The Real Housewives star is currently engaged to long-term boyfriend. And until the couple gets married, let us simply say congratulations to them on their new relationship status and not get too excited.

But there's nothing wrong with breaking down a few facts for the fans. Who’s Danielle Staub currently engaged to? Who’s that lucky guy?

You’ll see the original "RHONJ" star returning to Real Housewives of New Jersey with an engagement ring on her finger!  We wish from this day forward, the beautiful pairs shall not walk alone, and we also hope Daniel’s heart will be Marty’s shelter. Today, we’ll uncover Danielle’s affairs and relationship Here.

Who is RHONE Star, Danielle Staub Engaged To?

The reality TV starlet, Danielle Staub is currently engaged to get married to Marty Cafferty. This will be  Danielle's third marriage. Danielle said her life since Cafferty's proposal is perfection.

Whether it is by enjoying dinner dates or weddings together, the couple finds one or another way to show love for each other. Danielle likes to keep her private life low-key, however, she never misses to mention and post pictures with her fiancé on social networking sites like Instagram and Twitter.

#Easter with my honey

“Here's to my #first-year #anniversary with this cutie," "You are a wonderful man and I'm blessed to have you in my life ... #happyoneyear."

And while viewers may remember Danielle for her feud with Teresa Giudice and for being engaged 19 times, fans may just see a whole new side of the Bravo star when she returns in the upcoming season.

#wedding (no not mine lol) #selfies with my honey @marty_caffrey

Danielle’s fiancé, Marty Caffrey popped the question over the weekend! :

“I’m feeling like the engagement will make into her storyline on the upcoming RHONJ season since the show is currently filming!”

Marty raised the question over the weekend in the presence of reality TV cameras.

“It’s pretty much a guarantee that this scene makes the cut. I mean a marriage proposal is a pretty major thing to leave out.”

Danielle, the mother of two daughters, Christine, 23, and Jillian, 19 with Thomas N.Staub has had three divorces already! Staub divorced her third husband Thomas after 14 years together, before RHONJ began filming. Staub’s previous relationships were a big issue of gossip among her co-stars; New Jersey Housewives on RHONJ; especially her first marriage to former FBI informant Kevin Maher, who exposed about their past in his biography ‘Cop Without a Badge’.

Let's hope this marriage has a happily ever after for Danielle Staub. For updates on this post and other celebrity gossip and news, keep coming back to Article Bio.