Red Sparrow Actor Matthias Schoenaerts Single As A Dime! See How the Belgium Hunk Made It Into Hollywood

With a hand full of works, Belgian actor Matthias Schoenaerts has made his name as an established actor in the Hollywood.  It may surprise many of you that acting was not Schoenaerts' first aim. He initially wanted to become a  soccer player which he gave up at the age of 16 to become an actor.

And being a reigning star, the actor has become a hot topic of interest among the ladies. We all want to know who is the leading lady of the actor. Is  Schoenaerts dating anyone at present? Who is his girlfriend? We have all answers here.

Is Loft actor Matthias Schoenaerts Dating anyone? Or is he already Married?

Red Sparrow star Matthias Schoenaerts is one of those celebrities who doesn't like media attention in his personal life as the 40-year-old star is living under the radar.

At present Schoenaerts has not been romantically linked to anyone which indicates that he is possibly single.

Previously, Schoenaerts was in a relationship with girlfriend Alexandra Schouteden and they were together for over five years. Schouteden is a law student. The pair was last time spotted together at the screening of Rust And Bone on November 8, 2012, in New York City. 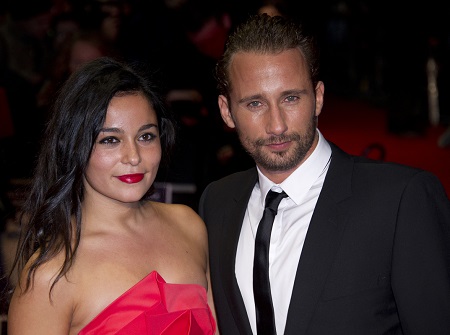 The former couple used to reside together in his hometown along with their cats. Schoenaerts later confirmed his breakup with Schouteden in an interviewed with Pure People in 2015 stating:

"I have separated from my girlfriend ... and my cats"

At the time, Schoenaerts also revealed that he is not looking for a relationship right now and he's enjoying his singlehood. Mazel Tov!

Matthias Schoenaerts: Meant To Be An Actor

During his early age,  Matthias Schoenaerts initially wanted to become a  soccer player which he gave up at the age of 16.

Talking about why he choose a different path, the actor explained:

“I have a very interesting problem with authority. I hate when people tell me what to do and when to do it. And when I was 16, and getting close to the first team and becoming a professional, all of a sudden I had a whole bunch of people telling me what to do and how to do it. That never really worked for me.” 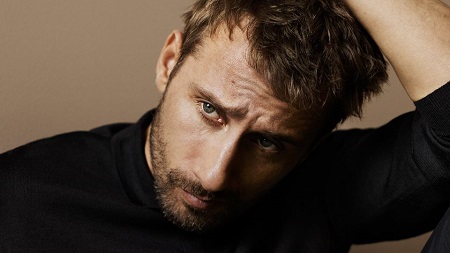 To pursue his career in acting, Schoenaerts then attended a film school. Talking about the experience he stated:

“I signed up for the academy. Back then I didn’t have the ambition to become an actor whatsoever. It was just something I wanted to do at that very moment, but before you know it you’ve finished school and, boom, you’re working.”

Schoenaerts' started his career with a small role in Belgian movie Daens in 1992 for which he received Academy Award for Best Foreign Language Film nomination.

His upcoming projects are television mini-series Lewis and Clark alongside Casey Affleck, Tim Plester which is executive produced by Tom Hanks, Edward Norton, and Brad Pitt, Sound of Metal, Mustang, Radegund, and Kursk.

His upcoming spy thriller movie Red Sparrow alongside Jennifer Lawrence, and Joel Edgerton is set to release on 2nd March 2018.