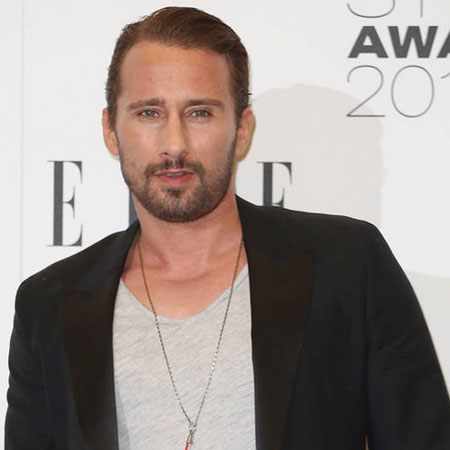 Born and raised in Antwerp, Flanders, Matthias Schoenaerts is a popular Belgian actor, graffiti artist of Flemish origin and film producer. He is well known for his appearance as Filip in 2008 movie Loft, and as Jacky Vanmarsenille in Oscar-nominated movie Bullhead.

Matthias Schoenaerts was born on 8 December 1977, in Antwerp, Flanders, Belgium. He is the son of Dominique Wiche, a French teacher, translator, and a costume designer, and Julien Schoenaerts, an actor. His father and mother never married.

Schoenaerts is of Caucasian ethnicity and holds Belgian nationality. He grew up in a  bilingual family speaking French and Dutch. Later, learned English by watching American movies.

At his early age of nine, Schoenaerts made his appearance on stage productions The Little Prince, by Antoine de Saint-Exupery. His father played oppose him and was the director too. Schoenarts' mother worked as a costume designer for the play.

As a teenager, Schoenaerts loved playing soccer and also did graffiti paintings under the alias Zenith. He also went to New York to team up with the Bronx group TATS CRU. While in school, Schoenaerts was very near to pursue a professional soccer career, he was also listed on the books of Antwerp team Beershot AC but gave up on his dream at age sixteen.

Matthias Schoenaerts joined film school but dropped out due to lack of attendance. In 2003, Schoenaerts graduated from the Royal Academy of Dramatic Arts in Antwerp.

Early work in Belgium and Netherlands

At his young age of thirteen, Matthias Schoenaerts debuted doing a small part in Daens(1992) which ended up being nominated for the Academy Award for Best Foreign Language Film.

After Schoenaerts completed his studies at The Academy of Dramatic Arts, he starred in various shorts and feature films. In 2008, Matthias Schoenaerts portrayed Bob in Pieter van Hees' horror film Left Bank and appeared as Filip in Loft.

In 2011, Schoenaerts appeared in Dutch movies, The President, and The Gang of Oss.

Breakthrough: Bullhead and Rust and Bone

In 2011, Matthias Schoenaerts portrayed the lead character'Jacky Vanmarsenille' in the Oscar-nominated movie Bullhead. The movie was directed by Michael R. Roskam. Schoenaerts was well praised for his performance which earned him a FIPRESCI Award for best actor during the Palm Springs International Film Festival(2012).

The following year, he made his appearance in another hit movie Rust and Bone by Jacques Audiard, opposite Marion Cotillard. He also won a Cesar Award for Most Promising Actor for his portrayal in Rust and Bone on 22nd Feb 2013.

In 2014, Schoenaerts made his appearance alongside stars Marion Cotillard, Clive Owen, and Billy Crudup in the thriller movie Blood Ties, portraying the character Anthony Scarfo.

On 28 July 2015, Matthias Schopenaerts was honored as the Knight of the Order of Arts and Letters in France by the French Ministry of Culture.

After two years, he again worked with Michael R. Roskam in the Belgian movie The Racer and the Jailbird. Schoenaerts played a gangster named Gigi. It was Schoenarts and Roskam's first Belgium film since Bullhead.

Matthias Schoenaerts will be portraying the character William Clark on HBO miniseries Lewis and Clark, alongside Casey Affleck. The short series is executive produced by Brad Pitt, Tom Hanks, and Edward Norton.

On 6th December 2016, it was announced that Matthias Schoenarts joined the cast of the thriller movie Red Sparrow. The movie is written by Justin Haythe, and directed by Francis Lawrence, and is based on the novel by Jason Matthews titled Red Sparrow(2013).

Red Sparrow originally announced to be released on 10 November 2017was released on 2nd March 2018.

Matthias Schoenaerts earns a decent amount of money from his multiple careers as a graffiti artist, film producer, and actor. Currently, his total net worth is estimated to be $4 million.

A graffiti artist makes $70,503 on average annually. We can a s sume Schoenaerts also earns a good amount of money as a graffiti artist. The famous Belgian actor owns a BMW($50,000), Triumph Street Twin Motorbike($10,000). He is also fond of vintage cars and owns some vintage convertibles.

Matthias Schoenaerts was in a relationship with Alexandra Schouten. The couple started dating in 2012 and eventually started to live together. However, in 2015, in an interview with Purple People, Schoenaerts spilled about his break up with his girlfriend.

Schoenaerts has aerophobia. He is a huge fan of FC Barcelona.

In 2015, Schoenaerts was named InStyle Magazine's Man of Style.