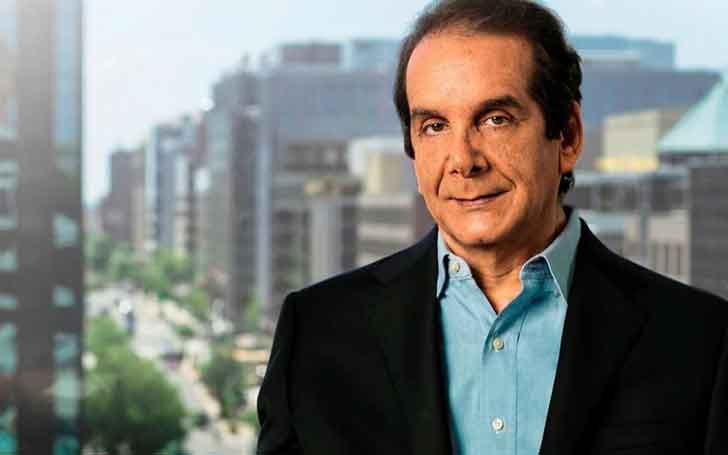 Charles Krauthammer (1950-2018) was an American political pundit, columnist, author, and former physiatrist. He worked in numerous news sources for more than three decades. He left from his work in the first week of June 2018 after his doctors stated that he would live only for a couple of weeks.

Just a week later, he passed away due to the tumor and left his wife and son devastated. Here are the five interesting facts about the former political commentator that you should know.

Former columnist and political pundit Charles Krauthammer passed away at a hospital in Atlanta, Georgia. He died due to small intestine cancer at the age of 68. Nearly a year ago, in August 2017, he did a surgery of tumor and removed it from his abdomen.

He thought the surgery went successful but on 8 June 2018, he announced that his cancer had recurred and that he had only weeks to live. The final verdict he wrote, ‘My fight is over’. 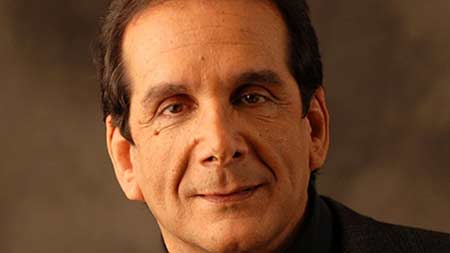 Just after thirteen days, he died at a hospital. After his death’s news announcement, numerous journalists paid tribute to him. NBC’s The Today host Megyn Kelly wrote on Twitter, ''We’ve lost a national treasure".

Late Charles Krauthammer was married to Robyn Krauthammer from 1974 to until his death (2018). He first met her when he was attending Balliol College at Oxford.

In 2005, in an interview with C-Span, Charles said that his wife was a law student and even worked for a while. The couple married in 1974.

A statement from my family about my late father, Charles Krauthammer: https://t.co/QoPZsdGz33 pic.twitter.com/FXhsPVxFNk

And after four years, he left his medical career and she stopped the law practice on the same day. Since then, she has been working as an artist- a painter and sculptor. The couple welcomed a son Daniel Krauthammer in 1986.

Daniel Krauthammer is a writer and strategy planner. He works at the San Francisco Bay area. He is an alum of Stanford University Graduate School of Business. He also studied Economics at Oxford University and Social Studies at Harvard University. Like his father, he is an accomplished writer and news contributor.

Charles Krauthammer had more than his fair share of tragedies in his life. In January 2006, his older brother Marcel Krauthammer passed away due to brain cancer at the age of 59. He was a doctor and a professor of medicine at UCLA.

He was just four years older than Charles. After his death, Charles recalled his wonderful memory of him and said ‘it was a rare and priceless gift for him’.

2. Charles Krauthammer Was A Wheelchair Man

Many of his admirers and well-wishers did not know he was a permanently paralyzed man and spent in a wheelchair since he was 22- he encountered with a car accident that resulted in his broken neck. But, only a few people were known that he was paralyzed.

Popular news anchor Sean Hannity was surprised to see him on a wheelchair in one convention. He was unknown about it even he had been working with him for many years.

Born as Irving Charles Krauthammer, he was an American political columnist and author and a psychiatrist. He worked at the medical field for several years.

In 1985, he started writing a weekly editorial for The Washington Post. After two years, he had received the Pulitzer Prize for Commentary for his insightful columns on national issues.

Krauthammer was also associated with Inside Washington from 1990-2013. In 2005, he joined Fox News as a political pundit. He served for the network from 2005-17. In June 2018, he stopped working after knowing his health condition. Krauthammer was also a published author. He had published four books until 2018.