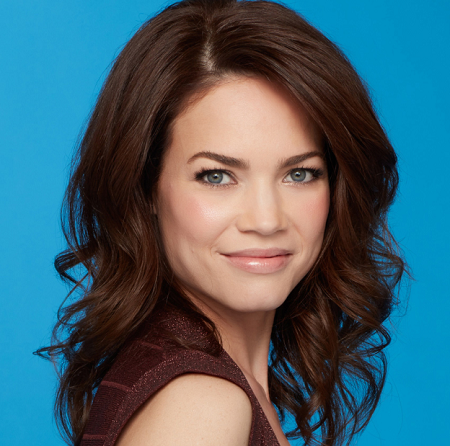 Rebecca Herbst is an American actress best known for playing the role of nurse Elizabeth Webber on the ABC daytime hit drama series, General Hospital and an alien, Suzee, on the Nickelodeon show, Space Cases. She has been married to actor Michael Saucedo with who she shares three children.

Rebecca Herbst was born on May 12, 1977, in Encino, Los Angeles, California, the United States of America, to her father Wayne Herbst and mother Debbie Herbst.

She was raised along with her elder sister Jennifer Herbst. She is of American nationality and belongs to white ethnicity. Her height is 5 feet 2 inches and weight is 49 KG.

She was a competitive figure skater during her childhood and at the age of 16, she decided to concentrate on her acting career. She has not given details about her educational background.

Rebecca Herbst is not related to her General Hospital co-star Rick Hearst, who plays the role of Ric Lansing, Elizabeth Webber's ex-husband on the show.

Rebecca started her acting career with commercials; till this date, she has appeared in more than 60 commercials nationally.

She has guest-appeared in numerous television series such as Highway to Heaven, L.A. Law, Step By Step, Days of Our Lives, Boy Meets World, Sister, Sister, Brotherly Love and Beverly Hills, 90210. She has also appeared in many hit movies such as Kaleidoscope, Hefner: Unauthorized and Why Me?

Rebecca was featured in the Goo Goo Dolls music video "Naked" in 1995. She played the role of an alien, Suzee, on season 2 of the Nickelodeon show, Space Cases from 1996 to 1997.

Rebecca Herbst is a successful Hollywood actress and there is no doubt that she earns a substantial amount of money from her film and television career.

According to the Celebrity Net Worth website, Rebecca has an estimated net worth of $2 million with a good amount of salary.

Online records shows that newcomers to the General Hospital show make up to $700 per episode while stars who have been working on the show for more than 5 years make $1,500 to $3,000 per episode. Veteran actors of the series, meanwhile, earn from $2,000 to $5,000 per episode.

As we mentioned earlier, Rebecca Herbst is a married woman. She has been married to her former General Hospital co-star Michael Saucedo, who played the role of Juan Santiago on the show.

The pair tied the knot in an intimated ceremony on June 1, 2001. The husband-wife duo shares three children, two sons Ethan and Emerson and a daughter Ella, together. 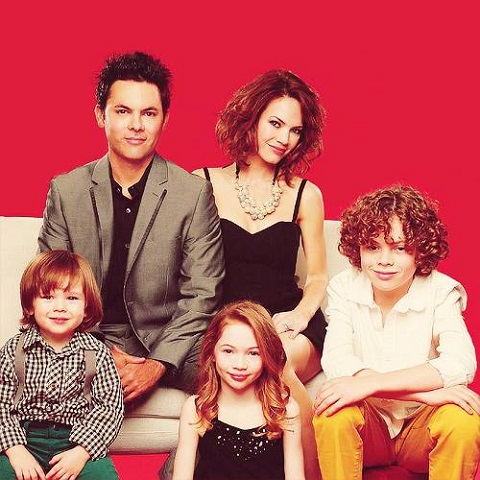 Rebecca was previously in a relationship with her former General Hospital co-star Ingo Rademacher. She was also previously engaged to photographer Johnny Lindesmith in December 1999.