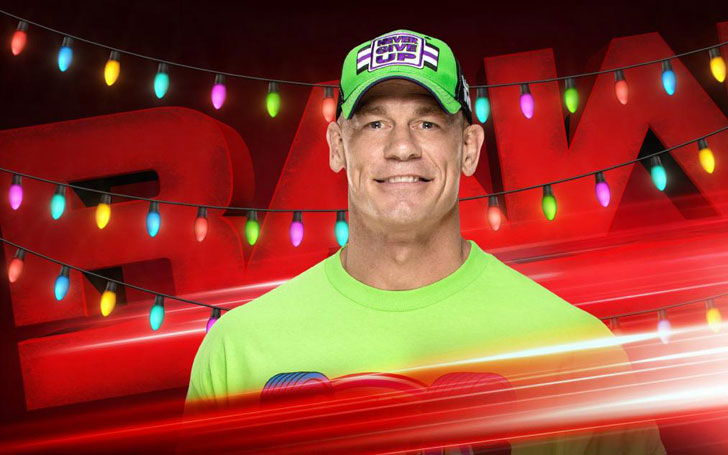 In the 28-year-long history of RAW, the show has gone live on Christmas night and ended with a major title change.

Legendary wrestler and the current free agent John Cena made his long-awaited return to the brand in Allstate Arena, Chicago, Illinois on Monday night.

Cena returned RAW since his last appearance in September 2017 which was the highlight of the night. WWE spoke about Cena's return as:

Cena Claus is coming to town! Indeed, after fighting for SmackDown LIVE at Survivor Series, John Cena returns to Team Red for a special Christmas celebration in Chicago, the city in which he made his WWE debut against Kurt Angle back in 2002.

Given his history in the Windy City, the 16-time World Champion will no doubt make this a Christmas remember. What holiday cheer does the “Ferdinand” star have in store?

Cena took the mic and tried to fix something he saw in the crowd. He gave his new t-shirt to his younger fan wearing his older merchandise, and he wished a Merry Christmas to Chicago. Fans welcomed him enchanting 'Merry Christmas." But, the celebration lasted no long as Elias interrupted the play with his guitar.

Elias started with a Christmas song, but he started knocking Chicago. Meanwhile, Cena interrupted him after he started dissing the people of the city. The two had a verbal war for a few minutes before Elias hit Cena down.

They both had a great fight where at one point, Elias continued his dominance over the 16-time world champion with a sit-out powerbomb which scored him a near-fall.

After a long dominance from Elias, the WWE Superstar fought back, hit his signature onslaught and delivered the Attitude Adjustment and notched the victory.

All Results From the Match

Braun Strowman won against The Miztourage