Rapper Tekashi 6ix9ine Beaten And Robbed After Being Kidnapped In Brooklyn 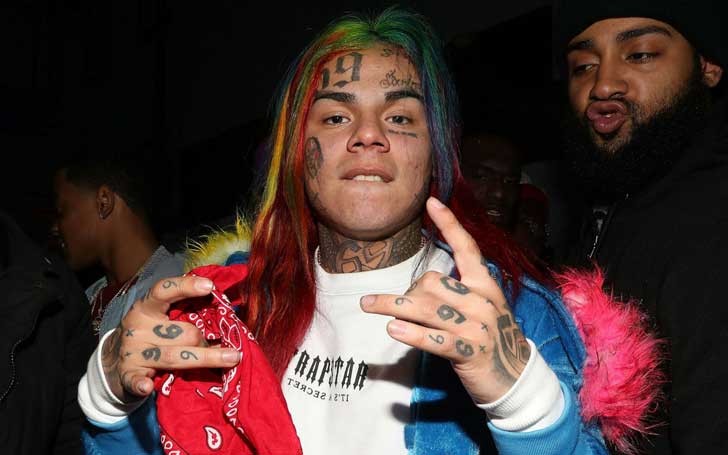 Rapper 69 Was Kidnapped, Robbed, And Beaten In Brooklyn

Rapper Tekashi 6ix9ine was reportedly robbed and beaten severely after being abducted from a Brooklyn street on early Sunday morning.

The 22-year-old New York rapper had been working on a new music video in Brooklyn until around 4 in the Sunday morning when he made his mind to wrap his work and headed to his home in a Chevy Tahoe. 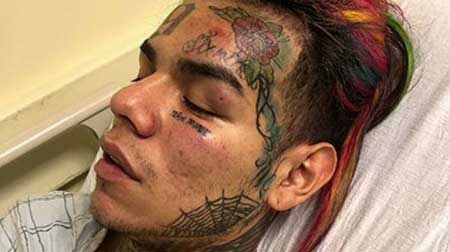 CAPTION: Rapper Teksahi 6ix9ni was robbed and beaten after he was kidnapped SOURCE: VladTV

6ix9ine told the law enforcement that he was sitting at a red light in a Chevy Tahoe at a Brooklyn intersection when a car bumped them from outside. Two men in the car jumped off and snatched the driver's iPhone before dragging Tekashi in their vehicle.

Law enforcement said that the burglars took to Tekashi's house and then he called his mother and asked her to come down with his jewelry and cash which she did. The rapper further told police that he then managed to escape.

Then, three men wearing hoods came out and pistol-whipped him before dragging him into their vehicle. The first thing Tekashi remembered was waking up in the backseat of the robbers' car. The gunmen then told the rapper that if they didn't get what they wanted, they would kill him.

They asked Tekashi to bring all his jewelry, and cash from his house. They reportedly robbed about $750k worth jewelry and around $20k in cash. Then they fled the scene with the rapper still in their backseat. This time, the Gummo singer was able to open the door of the car and escape from the gunmen. 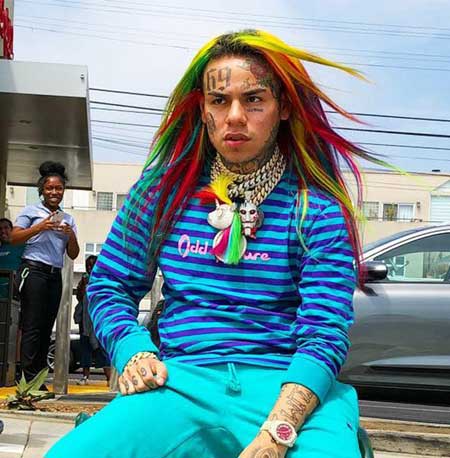 CAPTION: Rapper 69 was robbed and beaten in Brooklyn SOURCE: Variety

Tekashi jumped into a stranger's car asking for help; who called 911, and he was taken to the hospital in an ambulance where he is recovering.

There seems huge deviance in these two stories, but it's still not clear which statement is true, so we leave it for you to judge.