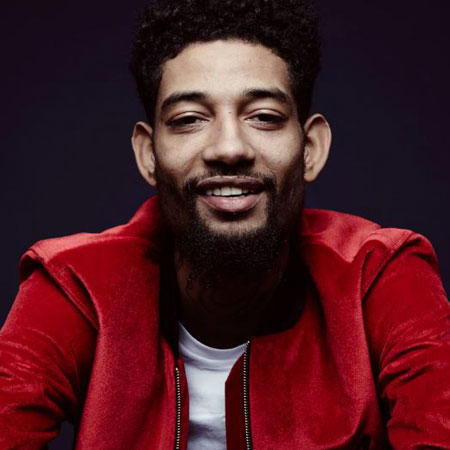 Known by his stage name PnB Rock, Rakim Hasheem Allen is an American rapper and hip hop recording artist. He is recognized for his single 'Selfish' released in 2016. As of 2017, he released the album titled Catch These Vibes from which Feelins featuring Lil Yachty is the most famous song.

Allen has been in a few relationships, and he ended up having a daughter, Milan, born in October 2013, from one of his affairs.

Born Rakim Hasheem Allen on December 9, 1991, in Philadelphia, Pennsylvania, he grew up along with his four siblings in a poor family. As per nationality, he is American and ethnicity wise he is Afro-American. With the responsibility to raise five children; his parents had a hard time to maintain a normal lifestyle.

To make ends meet his father got involved in illegal activities and ended up getting killed in a gang feud in 1994.His single mother failed to provide for the family and often checked into shelters along with young Allen and his brothers. During his teen days, he lived in Northeast Philadelphia.

At the beginning of his school days, Allen was good academically as well as had a social reputation and most of the kids followed him around. All the popularity in school got to him resulting in the downfall of his grades. After his uncle's death who was taking caring of the family, Allen started committing robberies and often fought in school. As a result, at age 13, he was sent to a youth detention program.

At age 19, he spent 33 months in prison for selling drugs and in accusation of robberies. While his time in prison, Allen started writing songs and was determined to change his lifestyle after he served his sentence.After being released from prison, Rakim Allen was homeless for a brief time. He then started posting videos on Instagram with the hashtag #tbh, a viral trend to say something good about others. He gained popularity from the videos and decided to pursue a career in music.Allen also took on a stage name PnB Rock, an acronym for Pastorius and Baynton, a street corner in Philadelphia's Germantown neighborhood, where he grew up.

Rakim Allen started off his musical journey in early 2014. His first track was Weekend Baby, a collaboration with one of his neighborhood friend who was also a music enthusiast. The song was a big hit in the Philadelphia clubs despite its chaotic sounds.

With the success of the song, Allen focused on his debut mixtape, Real Nigga Bangaz which released on 24 June 2014. The songs on the tape were everything he wrote while incarcerated.

The tape got him recognition and also the attention of Atlantic Records. In 2015, he signed a record deal with the label and took out his third mixtape titled RnB 3. In June 2016, with the release of the single Selfish which peaked #51 on the US Billboard Hot 100, Allen's popularity also rose to prominence. October of the same year, he was one of the artists on Rolling Stone's list of '10 New Artists You Need to Know.'

In June 2017, his first album GTTM: Goin Thru the Motions hit the market, under Atlantic Records. Later the music critics called it a mixtape.It peaked #28 on the Billboard 200 and sold more than 100k copies in a week of its debut.

He also worked on the soundtrack titled Gang Up for the Fate of the Furious along with 2 Chainz, Wiz Khalifa, and Young Thug. Released another single, Horses with Kodak Black and A boogie wit da Hoodie.

In June 2017, Allen listed in the XXL's 2017 Freshman Class. Through his Twitter, he released his album cover art in September 2017 for Catch These Vibes. The album consist of 18 tracks and Feelings featuring Lil Yachty is popular track amongst others.The album also peaked #17 on the Billboard 200.

As of 2017, Rakim Allen a.k.a PnB Rock's net worth is estimated to be $500 thousand, but it is not the official figure. His latest album Catch These Vibes so far has sold 26,503 total album equivalent units including 3,754 pure album sales. It has been streamed for more than 32 million times. The album is priced $9.49 on Amazon. The earnings from the album surely boosted his net worth.

His previous album GTTM: Goin Thru the Motions sold over 100k units within a week of its debut.

Rakim Allen is possibly single at present as he has not introduced anyone has his girlfriend. When he was 15, he was in love with a girl, and after he was sent to prison in 2009, they broke up.

Since then, he has been in a few relationships and even has a daughter, Milan from one of his affairs. She was born on 22 October 2013. One of Allen's brother has autism, and he often donates money for autism research.

If you want to see five facts about Rakim Allen, here's a video below.